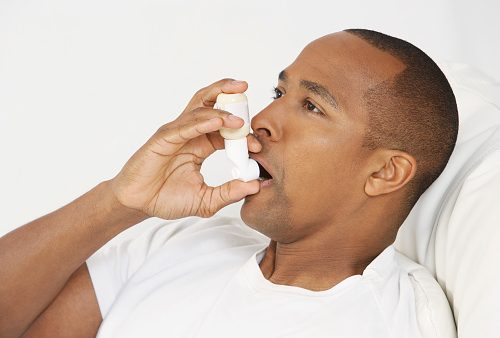 Celiac disease may increase the risk of asthma by 60 percent, according to research. For every 100,000 people with celiac disease, 147 will develop asthma, which would not have occurred if it weren’t for the digestive disorder. The study found that asthmatics were also more likely to develop celiac disease.

The researchers compared over 28,000 Swedes diagnosed with celiac disease to over 140,000 healthy controls.

Lead researcher Dr. Jonas Ludvigsson explained that his study only shows an association and does not prove causation. He explained, “Personally, I think the role of vitamin D deficiency should be stressed.”

Celiac patients are also known to have a higher risk of developing osteoporosis and tuberculosis due to low vitamin D levels.

“Another potential mechanism could be that asthma and celiac disease share some immunological feature. If you have it, you are at increased risk of both diseases,” Dr. Ludvigsson continued. Continue reading… 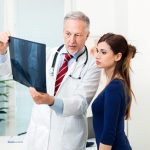 Fibromyalgia may raise the risk of osteoporosis. A condition characterized by widespread pain, fibromyalgia can result in limited mobility and lack of sunlight exposure – factors that increase the likelihood of osteoporosis in a patient.

Osteoporosis is a bone disease characterized by the loss of bone mass. Factors that contribute to bone strength include exercising, eating calcium-rich foods, and getting adequate amounts of vitamin D, which is easily absorbed through sun exposure.

Additionally, bone mineral density was also found to be lower in fibromyalgia patients.

The researchers concluded that fibromyalgia is a risk factor for developing osteoporosis. Continue reading… 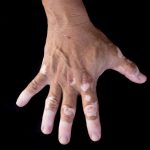 Vitiligo does not have adverse effects on pregnancy: Study

Vitiligo does not have adverse effects on pregnancy, according to research. Vitiligo is a skin condition that causes the loss of skin pigment, resulting in white patches. The skin stops producing melanin and depigmentation takes place. The onset of the condition is still not well understood, but there are several theories that offer some insight into possible causes.

For one, genetics may play a role in vitiligo, as it is seen to run in families. Another theory suggests that vitiligo may be caused by an immune system disorder, as patients report higher trigger incidences such as stress and prior sunburns.

Those who live with vitiligo may be concerned about having children, because kids of vitiligo patients are more likely to develop the condition, compared to kids born to parents without the skin condition. Continuing on the vitiligo treatment during pregnancy is another concern many women have. Some research suggests that medications taken for vitiligo may be passed on to the fetus. Expecting mothers should consult with their doctor with regards to their vitiligo medications.
Strong topical creams should be avoided, especially when breastfeeding. Again, consulting with your doctor before stopping any medications or creams is imperative.

For the most part, though, vitiligo itself does not result in pregnancy complications, and a woman can successfully go through pregnancy and give birth. What is unknown is whether the child will develop vitiligo. Continue reading… 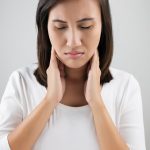 Hypothyroidism risk in women may increase with exposure to flame retardant chemicals: Study

Hypothyroidism risk in women may increase with exposure to flame retardant chemicals. The study has found that younger women exposed to the chemical known as polybrominated diphenyl ethers (PBDE) may be more likely to develop an underactive thyroid.

PBDEs are flame retardants found in textiles, furniture, and electronics. Lead researcher Youssef Oulhote said, “What we found is, there is a link between exposure to these flame retardants, especially some of them, and the risk of hypothyroidism [abnormally low thyroid function].”

The researchers looked at 745 women aged 30 to 79, taking their blood measurements for PBDEs and checking their thyroid function. They found that 90 women who reported hypothyroidism and were on hormone replacement therapy.

The study revealed that the higher the concentration of PBDEs in the women’s blood, the greater the likelihood of having an underactive thyroid. Also, the risk of hypothyroidism varied depending on the type of PBDE in the blood. Oulhote explained, “Those with detectable level of BDE100 [one type] were 80 percent more likely to have hypothyroidism than those without detectable levels.”

The risk of hypothyroidism was highest among those aged 30 to 50, compared to women over 50, because, as Oulhote explained, “older women, more than 50, would not have been exposed before puberty.” PBDE chemicals were actively used during the 1970s, when the women in high-risk group were going through their puberty.

There may be several mechanisms at work linking PBDE exposure and hypothyroidism. In particular, PBDEs can bind to receptors intended for thyroid hormones – thanks to their ability to mimic these hormones – and disrupt the endocrine system. Continue reading… 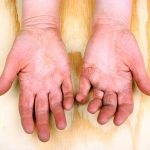 Rheumatoid arthritis cause and prevention may be linked to gut bacteria: Study

Rheumatoid arthritis (RA) cause and prevention may be linked to gut bacteria, according to a recent study. We previously reported on the association between the onset of rheumatoid arthritis and gut microbiota, and the latest findings offer additional evidence on gut bacteria playing a role in the development of RA.

The onset and development of rheumatoid arthritis is not well understood, despite 1.5 million Americans living with the disease. Researcher Dr. Veena Taneja and her team recently published two studies that identify intestinal bacteria as possible causes of RA Testing for the presence of these particular microbiota in the gut may help predict and prevent rheumatoid arthritis.

The first study examined rheumatoid arthritis patients, their relatives, and healthy controls, aiming to uncover a biomarker that could predict one’s susceptibility to rheumatoid arthritis. Dr. Taneja said, “Using genomic sequencing technology, we were able to pin down some gut microbes that were normally rare and of low abundance in healthy individuals, but expanded in patients with rheumatoid arthritis.”

In the second study, Dr. Taneja treated a group of arthritis-susceptible mice with a bacterium – prevotella histicola – and compared results with a group that did not receive treatment. The treated mice had a decrease in symptoms and also experienced less side effects, compared to other treatment methods.

Human trials are needed to confirm the findings. So far, the mice models are showing promise of a potential rheumatoid arthritis treatment. Continue reading…