Home » Joint Health » Is the weather to be blamed for painful joints? 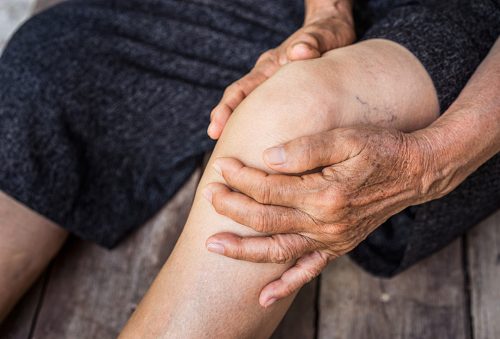 There is a long running myth that suggests joint pain worsens with the weather. Many people swear that their knees and other joints are much more painful in the colder months compared to the warmer months. But is this an old wives’ tale, or is there some truth behind this?

Well, if you ask Google, rainy days do not equate to more painful joints, but there is some type of relationship between joint pain and weather.

But the researchers don’t believe that the weather affects joint pain. Rather, as temperature goes up, people’s activity levels rise, causing them more joint pain.

Researcher Scott Telfer explained, “We were surprised by how consistent the results were throughout the range of temperatures in cities across the country.”

To achieve their findings, researchers used Google trends and created search strings such as hip pain, knee pain, and arthritis as well as a control search related to stomach pain.

The researchers then collected weather data from the top 50 cities between January 2011 and December 2015. Factors like temperature, precipitation, relative humidity, and barometric pressure were all recorded.

Temperature and precipitation were found to have the highest scientific significance when it came to relating weather to joint pain searches, but the term arthritis was found not to be associated with specific weather conditions.
“You hear people with arthritis say they can tell when the weather is changing,” he said. “But with past studies, there’s only been vague associations, nothing very concrete, and our findings align with those.”

“We haven’t found any direct mechanism that links ambient temperature with pain. What we think is much more likely explanation is the fact that people are more active on nice days, so more prone to have overuse and acute injuries from that and to search online for relevant information. That’s our hypothesis for what we’ll explore next,” Telfer said.

Studying trends in internet searches is a growing area of research as the internet is becoming people’s go-to when a problem arises.

So, instead of blaming the weather for your achy joints, take a moment to look at your activity levels and see if you can modify that in order to reduce the risk of joint pain.