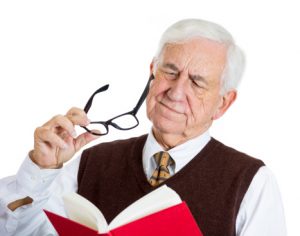 Sunlight is more powerful than any drug; it is safe, effective and available free of charge. If it could be trademarked, it would be history’s greatest medical breakthrough. And that’s because sunlight produces vitamin D in the body.

In the summer months, the human body can synthesize vitamin D when just 10 percent of their total body surface is exposed to ultraviolet rays for 15 to 30 minutes a day.

However, during the winter, when there is a lower solar angle, sun exposure may not be sufficient to maintain vitamin D levels for people who live in the northern half of the U.S. and the whole of Canada. This is when dietary intake may be needed.

Vitamin D has been identified as an important nutrient to help fight against cancer and to boost bone health. But now, another benefit of this great nutrient has come to light; a team of researchers at the University of Buffalo (UB) has discovered that vitamin D may play a crucial role in preventing age-related macular degeneration (AMD) in women.

Macular degeneration is characterized by the destruction of the macula, a small part of the central retina where there is a concentration of the rods and cones (photoreceptors) of the eye. According to the American Macular Degeneration Foundation, macular degeneration is the leading cause of legal blindness, and it is seen in more than 10 million Americans. People with AMD often notice a blurriness in the center of their field of vision. Akin to what you’d see if a drop of water is on the center of a lens you’re looking through.

According to Amy Millen, associate professor of epidemiology and environmental health in UB’s School of Public Health and Health Professions, no other study so far has looked at the interaction between genetic risk and vitamin D status in the context of age-related eye disease. The details of the study appear online in the August 27th issue of JAMA Ophthalmology.

While the study is not one that can by itself prove a causal association between vitamin D and AMD, it does indicate that if your genetic risk for AMD is high, getting adequate vitamin D might help reduce your risk.

For the study, the researchers analyzed data compiled from CAREDS (Carotenoids in Age-Related Eye Disease Study). They looked at the records of 1,230 women ages 54 to 74 who participated in CAREDS.

Researchers were able to determine the participants’ vitamin D status by analyzing serum samples for 25-hydroxyvitamin D. This provided the researchers a holistic glimpse into vitamin D intake via diet, supplements and sunlight.
The results showed that the chance of developing AMD was higher in women who were deficient for vitamin D. But at the same time, increasing vitamin D levels did not further lower the odds of AMD to any meaningful extent.

The results of the study suggest that being deficient for vitamin D may increase one’s risk for AMD, and that this increased risk may be most profound in those with the highest genetic risk for developing AMD.

According to Millen, the main message from the study is that having deficient vitamin D levels may be unhealthy for your eyes. It doesn’t mean that achieving really high levels of vitamin D are good for the eye.

To put it in simple English: The study is not supposed to make people want to run to the nearest grocery store and purchase vitamin D supplements.

Who is at risk of vitamin D deficiency 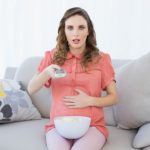 There are certain groups of people who have a higher risk of vitamin D deficiency than others. They are:

Symptoms and other health risks of low vitamin D

A vitamin D deficiency can manifest itself in many ways. The most common symptoms are muscle weakness, muscle stiffness, body aches and bone pain. However, most cases of vitamin deficiency are asymptomatic where the symptoms are either very subtle or non-existent. But even without symptoms, too little vitamin D can pose health risks.

Low blood levels of the vitamin have been associated with increased risk of death from heart disease, brain malfunction in adults, severe asthma in children and even cancer. Moreover, research suggests that vitamin D could play a vital role in preventing and treating a number of different conditions, including hypertension, multiple sclerosis, glucose intolerance and type-1 and type-2 diabetes.

Aging is the biggest risk factor for age-related macular degeneration. AMD can begin in your early 40s and one can notice changes to their central vision. Race is another uncontrollable factors of AMD – Caucasians are more likely to develop AMD. Family history also plays a part. Although you cannot control aging, race and family history, there are other risk factors which increase your risk that are manageable. Factors like:

Foods that are rich in vitamin D 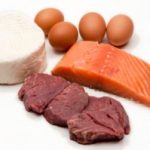 Come to think of it, there are very few vitamin D foods in nature. Fish liver oils and the flesh of fatty fish such as tuna, mackerel and salmon are among the best sources. Small amounts of vitamin D are found in egg yolks, cheese and beef liver. Vitamin D in these foods is primarily in the form of vitamin D3. Some mushrooms provide vitamin D2 in variable amounts. But you can get mushrooms with enhanced levels of vitamin D2 from being exposed to ultraviolet light under controlled settings.

Since not many foods provide vitamin D, and when rickets was a commonly spreading disease caused by vitamin D deficiency, the United States government started a milk fortification program to combat rickets. Since then the governments of America and Canada have introduced vitamin D in fortified foods.

For example, almost all of the U.S. milk supply is voluntarily fortified with 100 IU/cup. In Canada, milk is fortified by law with 35–40 IU/100 ml. Vitamin D is also introduced in ready-to-eat breakfast cereals, some brands of orange juice, yogurt, margarine and other food products.

Reduce cholesterol. People with high cholesterol have a greater chance of developing macular degeneration.
Eat vegetables and fruit. Antioxidants in fruits and vegetables fight free radicals and protect against AMD.

Eat more fish. People who eat omega-3 rich fish two to three times a week have a lower risk for AMD. The best fish are either wild salmon or small fish like sardines. For vegetarians, an omega-3 supplement is a viable option.

Get more exercise. People with a sedentary lifestyle and people who are obese are more prone to developing macular degeneration.

Avoid exposure to sunlight. The ultraviolet light and blue light can damage your retina and may increase your chances of developing macular degeneration.

As you have read, there are a lot of things you can do that may slow down the progression of macular degeneration and vision loss and improve overall eye health. Vitamin D plays an important role, but is not the only way to keep macular degeneration at bay. Your lifestyle choices and your diet play a crucial role in preventing or at least delaying this dreaded vision condition. Making a few changes today can help you in the long run. And if you have a family member with AMD, or one of the other risk factors that you can’t control, you should be paying even closer attention to see if you have low vitamin D levels.