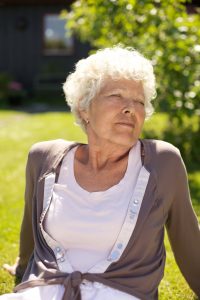 Vitamin D, well-known as the sunshine vitamin for a positive mood boost, has another hefty benefit that could mean big things for those who have cancer.

A new study conducted and published by the Endocrine Society’s Journal of Clinical Endocrinology & Metabolism (JCEM) has revealed that cancer patients who have higher levels of vitamin D when they are initially diagnosed usually have better survival rates, too. Not only that, they may remain in remission much longer.

“The results suggest vitamin D may influence the prognosis for people with breast cancer, colorectal cancer and lymphoma, in particular,” study author Hui Wang told Medical News Today. Wang is a professor at the Institute for Nutritional Sciences in Shanghai. “Considering that vitamin D deficiency is a widespread issue all over the world, it is important to ensure that everyone has sufficient levels of this important nutrient.”

The recommended daily intake is 600 to 800 vitamin D units (IU), but if your levels are low, determined by a blood test, you may need to increase your daily intake until levels reach a healthy range. If you have cancer, talk to your doctor about increasing your intake.

Are you surprised cancer deaths are higher than ever?

Each year, more than 4.6 million men and 3.5 million women die of cancer globally, says the the 2014 World Cancer Report, compiled by the World Health Organization’s (WHO) International Agency for Research on Cancer. Every year, 14 million people worldwide find out that they have cancer, with men 25 percent more at risk than women. But the opposite is true with breast cancer. Breast cancer is now the second most common cancer among women. Roughly one in every eight women will develop this form of cancer.

The body naturally produces vitamin D after exposure to sunlight. Every day, Americans reportedly take in 150 to 225 IU this way. But levels are typically higher during the summer and fall seasons, an estimated 1,000 IU per day. Still sunlight exposure becomes significantly less efficient with age.

RELATED READING: Men vs. women: Men at higher risk to die from cancer

So when it comes to getting more vitamin D, make sure to choose your meals carefully because absorption of vitamin D is important. Remember that the bulk comes from fortified dairy products. Milk and yogurts provide about 100 IU per eight-ounce serving. In comparison, salmon, tuna, mackerel, sardines and shiitake mushrooms provide roughly 200 IU per serving. If you find it difficult to get the recommended amounts of vitamin D and calcium from these foods, a combination of foods and supplements may work for you.

Of course, you shouldn’t take vitamin D instead of your other medications. Talk to your doctor about your vitamin D intake. In my books, it’s an essential nutrient you can’t afford to be short on.