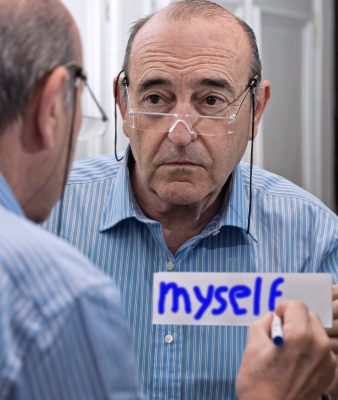 Visual agnosia is characterized by the inability to recognize familiar objects. It is a rare condition in the visual centers of the brain making it unable to make sense of previously well-known visual stimuli. A more accurate visual agnosia definition would be the inability to recognize the import sensory impressions of familiar objects by sight, usually due to a lesion of one of the visual association areas. This condition may also be called object blindness or psychic blindness.

It is believed that damage to the associated visual association cortex of the brain or parts of the central stream of vision due to a lesion on the parietal and temporal lobes are the primary cause of visual agnosia. These regions of the brain also store memories and are responsible for object association. Lesions to these parts of the brain may be caused by the following:

Symptoms and complications of visual agnosia

Most cases of visual agnosia are seen in older adults who have experienced brain damage to some degree. The following are symptoms they can experience:

There exist many types and subtypes of visual agnosia. The most commonly recognized categories include:

Visual agnosia can be a difficult diagnosis to make, as people who have the condition are not aware there is a problem with their visual ability or feel that they can compensate without medical intervention. Therefore, suspicion of visual agnosia often arises when the patient is undergoing a routine doctor’s visit. This will often come in the form of the patient mentioning an issue with their vision they cannot easily describe, with accurate testing finding the diagnosis.

Diagnosis of visual agnosia will include looking for any previous events of brain damage such as a stroke. A previous medical history of any familial cases, health condition, or carbon monoxide poisoning will be ruled out. Additionally, general cognitive status tests will be done to see if symptoms of dementia or any other neurological deficits are present.

Treatment of visual agnosia will often take the form of treating the underlying condition. However, some cases may be deemed irreversible, as in the case of severe brain damage. Visual agnosia patients may find benefit from physical therapy and occupational therapy to improve their condition. Speech therapy may also be found useful.