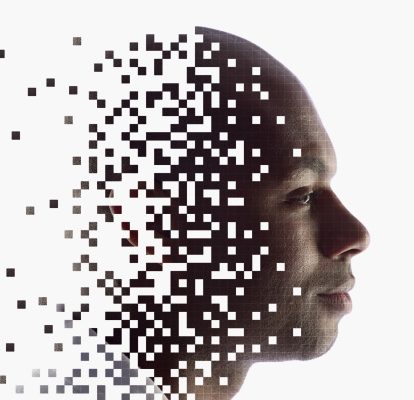 Identifying an object or a sound may seem like a given, but a rare condition called agnosia is just the opposite—an inability to recognize things or faces. People with this disorder see the geometric features of an object but cannot recognize it. They can see a face, but do not recognize it. In some cases, agnosia affects only one sense, such as vision or hearing. The affected person may be perfectly fine recognizing an object as a car, but fail to identify a sound as honking. Agnosia is typically brought about by injury to the brain’s occipital lobe (visual processing center) or parietal lobe (responsible for processing sensory information). It should be noted that people affected by the disorder still retain their mental faculties in other aspects of cognition.

Symptoms of agnosia vary based on the brain lobe that is affected:

Parietal lobe: Difficulty recognizing a common object when it’s placed in the hand on the side opposite the damage. Yet, when the patient looks directly at the object, they can identify it right away. This type of damage is usually the aftermath of a stroke.

Inability to recognize something familiar doesn’t mean that the vision quality or thinking ability are impacted, however. For instance, while the affected individuals can’t recognize the object by looking at it, they can identify it by using other senses, such as touch, sound, and smell.

As mentioned, agnosia is a result of damage to the brain—in particular, to the pathways linking the areas that participate in primary sensory processing and store information, such as visual and auditory cortices. Most commonly, it is caused by lesions on the brain’s parietal and temporal lobes that store semantic information and language. Here are a few common (and less common) causes of agnosia:

There are three main types of agnosia: visual, auditory, and tactile.

Visual agnosia impairs one’s ability to process incoming visual information and understand its meaning. There are two main types of visual agnosia: apperceptive and associative. People with apperceptive agnosia cannot properly process what they see and distinguish between different visual stimuli. Even the same object shown from different angles may not appear as the same object to them. People with associative agnosia cannot match the object they see with the information stored in their memory. They can draw a picture of an object (which means they process the information from the visual stimuli correctly), but they cannot tell what it is. A type of apperceptive agnosia is prosopagnosia where the affected person is unable to recognize faces. This often occurs in Alzheimer’s disease patients and autists.

Auditory agnosia, or pure word deafness, is the inability to process sounds. Again, just like in case of visual agnosia, the hearing quality is not affected. Rather, it stems from the disconnect between the sound-processing region and the language centers in the brain. Patients’ reading, writing, and speaking abilities remain intact. A sub-type of auditory agnosia, phonagnosia is a term that is used to specifically describe the inability to recognize familiar voices—with this condition, you can recognize the spoken word or environmental sounds.

Tactile agnosia is the inability to recognize objects by touch. You can assess and describe what you feel, but this information tells you nothing about the object. With astereognosis, you can identify the object by sight, despite the inability to identify it by touching.

Of course, the first step in diagnosing agnosia is getting properly evaluated by a doctor. You will be asked to identify common objects using your sight, touch, or other sense. A physical exam may help your doctor diagnose another disorder that may be the cause of your symptoms, such as vision or hearing problems.

There are some standardized tests assessing brain function (neuropsychologic testing) that ask questions or request to carry out specific actions.

Imaging tests such as MRI and CT scans may also be used depending on the diagnosis, symptoms, and medical history of the patient.

There is no specific treatment for agnosia. If doctors are able to identify the cause, the treatment will be tailored to the specific problem. For example, if an abscess is causing agnosia, your doctor may prescribe you antibiotics and refer you for a surgery to drain the abscess.

If the cause of agnosia is properly treated, the recovery should occur within the first three months, although it may take up to a year. The success of recovery depends on the type, size, and location of the damage, the severity of the impairment, the age of the affected person, as well as the effectiveness of treatment.

People with agnosia can benefit from speech and occupational therapy to learn how to deal with this impairment in their daily life.