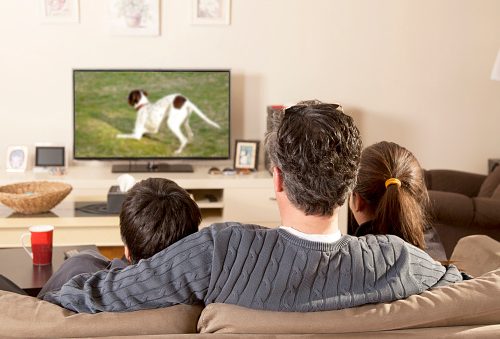 Venous thromboembolism is a potentially life-threatening blood clot that forms in the veins and travels in the bloodstream until it becomes lodged somewhere. New research has found that these clots can form due to prolonged sitting, which affects normal blood circulation in the limbs, and watching television for long hours can increase the chances of venous thromboembolism.

When blood clots travel through the circulatory system, they may reach a narrow point where the blood vessels are so narrow that they get stuck. When this happens, the blood supply beyond that point is affected. If this happens in the lungs, the clot can block circulation in the region and cause pulmonary embolism, which can be fatal.

The Risks of Watching Television

Watching television is among the most common sedentary activities worldwide. Previous studies have associated it not only with lifestyle diseases and obesity but also with higher risk of arterial vascular diseases.

The new study focused on finding the relationship between blood clotting and the number of hours spent sitting and watching television, focusing on the western population. Westerners have a greater tendency to develop blood clots and related conditions compared to other groups.

A team of researchers led by Dr. Kubota used the database prepared for an ongoing population-based Atherosclerosis Risk in Communities Study, which was initiated in 1987 in the U.S. The database contained information on over 15,100 patients whose age ranged from 45 years to 64 years. It contained specific information on diseases related to blood-flow and the lifestyle of the participants. This gave researchers an idea of the level of physical activity, weight. and habits such as smoking among the participants.

An analysis of the data and hospital records revealed that 691 participants had been diagnosed with venous thromboembolism in 2011. In addition, participants who watched television frequently had the risk factor increased to 1.7 times in comparison to those who did not. This risk was high irrespective of the amount of exercise and the weight of a person.

According to Dr. Kubota of the University of Minnesota, the findings reveal that even people who are physically active should not overlook the potential risks of being sedentary, such as the time when they are watching television. He added that watching television less often, more physical activity, and monitoring body weight could help to prevent venous thromboembolism.

Prolonged TV watching linked to 8 leading causes of death in the U.S.

Watching TV during meals may be increasing obesity risk in adults