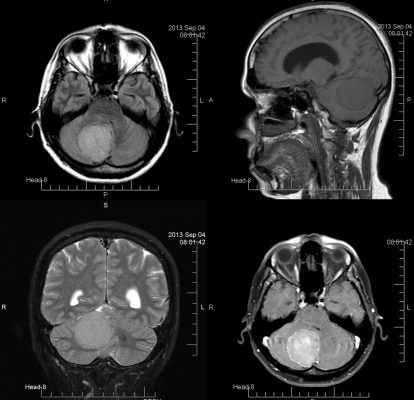 A cancer diagnosis is one of the worst pieces of news you could get. Nearly every organ in the human body can succumb to cancer cells that not only limit function but can also lead to death. Glioblastoma is a tumor that occurs in the brain and spinal cord and can be life-threatening, depending on the location and rate of growth. However, according to a new study, glioblastoma patients may benefit from a vaccine-chemotherapy combination, improving overall survival.

Glioblastoma is considered the most aggressive type of cancer that begins in the brain and its exact cause is still unclear. Risk factors include various genetic disorders or even a previous history of radiation therapy. Currently, there is no clear method of preventing the disease, and despite therapy, it has a high incidence of recurrence. The most common length of survival following a diagnosis is about 12 to 15 months, with less than 3 to 5 percent of those affected surviving longer than five years. The symptoms of brain cancer can present in multiple ways and are initially non-specific, making it possible to miss the diagnosis early on. The following are such symptoms:

Lead author of the study Kristen Batich and her colleagues at Duke University found that the patients included in the study who received a combination of traditional chemotherapy and a vaccine developed to target cytomegalovirus (CMV) antigen pp65—which has a high affinity for this particular type of brain cancer—demonstrated a median progression-free survival of 25.3 months and a median overall survival of 41.1 months, with three patients remaining progression-free for more than seven years after diagnosis.
The research team devised a clever way to use the previously implemented chemotherapy medication— in this case, temozolomide (TMZ)—to their advantage when applying a vaccine. The chemotherapy agent induces a strong state of lymphopenia, or loss of immune cells, creating an environment that promote the effects of the CMV modified vaccine. According to the researchers, this state of low immune cells can help “retrain” the immune cells to focus more on targeting the tumor cells of the glioblastoma.

The results of the study provided some much need optimism for the treatment of this deadly disease, but the authors caution that the study was small and without a control group. A more substantial study will be needed to confirm the results.