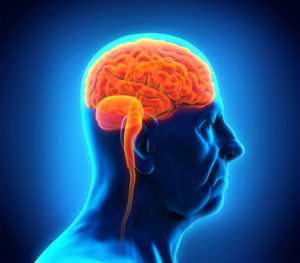 Cancer treatment may be shaken up by a new medical device in the near future that will aid in the fight against glioblastoma, the most aggressive cancer that begins in the brain. The “electric cap” is a device that zaps tumors with electrical currents with the hopes of boosting survival in patients with the deadly form of cancer.

According to the researchers and developers of the new device, the “electrical cap,” formally called Optune, is worn on the head and exposes the cancer cells to a rapidly alternating sequence of low-intensity electrical frequencies, thereby interrupting the cancer cells ability to function.

“[The cap is] an entirely different way to treat cancer,” said study author Dr. Roger Stupp, a professor of neurological surgery at Northwestern University’s Feinberg School of Medicine in Chicago.

It is important to note that this device is still in the preliminary phases of development. It currently stands as a proof of concept that the treatment modality actually works to prevent tumor cells from growing and dividing. Dr. Stupp says that the device does increase the survival rates by a substantial amount. The cap is the first treatment to improve overall results in over a decade.

The introduction of this device is definitely welcome, as the current standard of care for treatment of glioblastomas often includes a lengthy combination of surgery, radiation therapy, and chemotherapy, and only offers a roughly 27 percent chance of survival two years after diagnosis. But with the addition of this device to current treatment, researchers hope to achieve better results.

Optune achieves results by disrupting cancer cell division and therefore inducing cancer cell death. The concept was tested among a pool of nearly 700 patients with glioblastoma between 2009 and 2014. Some of the patients in this group were treated with standard care methods while others were given standard care plus the electric cap. At the end of the trial, the team found that the standard care patient’s survival time averaged 16 months, while those who used the electric cap in combination with standard therapy saw an average 21-month survival time.
Truly promising early results, as typical survival rates for the standard of care treatment at two, three, four, and five years are approximately 32 percent, 16 percent, 8 percent, and 5 percent respectively. However, when compared to the introduction of the cap into the mix, survival rates for the same periods reached 43 percent, 26 percent, 20 percent, and 13 percent respectively. By pooling all the data gathered, the researchers concluded that cap patients had a 37 percent lower overall risk of death when compared to patients who only received standard care.

While this may signify a new frontier in the field of brain cancer treatment, Dr. Stupp cautions that this form of treatment will not work against all cancers.

Do Cell Phones Cause Cancer – Or Just Brain Tumors?

5 habits that can harm your brain