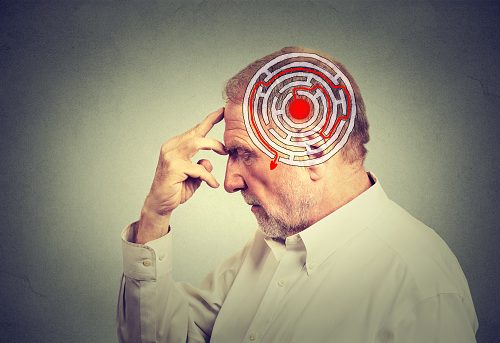 A recent study published in JAMA Neurology has found evidence that memory loss worsens with age for both sexes, though it happens faster for men. Dr. Clifford Jack of the Mayo Clinic confirmed this, stating “We see worse brain volumes in men than women from [age] 40s onward.” The study found that the hippocampus, which controls memory in the brain, was smaller in males than it was in females—most notably after the age of 60—and because the area gets smaller, memory declines.

While women suffer from the same symptoms as men, they develop them at a slower rate and may not ever reach the same level of memory loss, which is due in part to hormones. According to Dr. Jack, the higher levels of estrogen found in pre-menopausal women can aid in the protection of memory, as well as help to stop hypertension, heart disease, urinary tract infections, and bone loss. Because women start off with an advantage, even after they have gone through menopause and their estrogen levels have dropped, the approximately 50 years of protection provided by the hormone have already given them an advantage over men in terms of memory.

The study also revealed that your brain ages no matter what, and effects on memory can begin as early as your 30s. However, this does not automatically mean that early memory issues are always indicators of the beginning of Alzheimer’s disease. Dr. Jack asserted that certain memory loss is normal with age, stating, “If you can’t remember lists, if you can’t remember someone’s name when you’re age 50 or 60, don’t be alarmed.”
While women may have a better memory longer than men, the degeneration of the mind as you age is to be expected, as very few people will make it into their later years with no memory loss. The best way to delay this is to exercise your brain by learning new skills and languages, as well as participating in aerobic exercise regularly.

Your risk of memory loss goes up because of this…