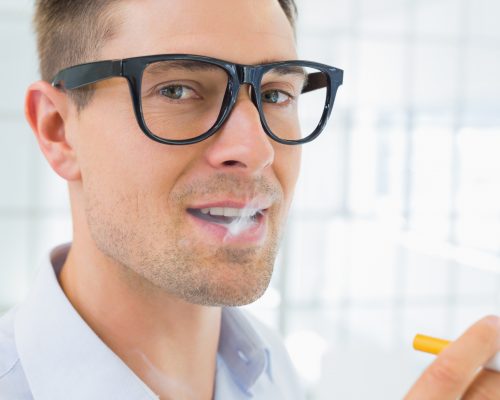 The autoimmune eye disease known as uveitis attacks proteins in the eye, and now research suggests the underlying problem may be linked to gut bacteria and smoking.

For some time now eye specialists have understood that attacking proteins in the eye can cause the symptoms of uveitis, which include eye pain, eye redness and irritation, as well as blurred vision. It has always been a bit of a mystery as to what causes the autoimmune eye disease, but now a study on mice has lead experts to believe that they could be looking at gut microbes eye disease – that gut bacteria just might be the starting point for immune cells to start attacking the eye.

According to the National Eye Institute, the eye is a place always thought to be protected by a blood-tissue barrier that minimizes the exchange of substances going in and out of the eye. However, in the case of uveitis, it seems as if immune cells, often called T cells can break through this barrier. Before the cells can break a barrier they have to be activated so Institute researchers wanted to figure out what activates the T cells.

The researchers decided to study genetically engineered mice to develop the autoimmune eye disease. Before the mice even developed symptoms of the disease, the research team discovered T cells in their intestines, as opposed to their lymph nodes, where they would normally be if they had some sort of infection for example. When they investigated further, they found that the T cells in the gut produced a protein that added to the damage of autoimmune uveitis.

Study authors say the discovery supports the notion that gut bacteria may be the first signs of uveitis. 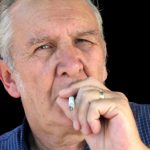 Smoking effects on eyes has been well documented. It is a known risk factor for age-related macular degeneration, cataract, as well as thyroid eye disease. Little has been said about the possibility of smoking being a contributor to uveitis, yet a little known study linked smoking to the autoimmune eye disease back in 2010.

Nisha Acharya is a doctor with the Francis I. Proctor Foundation for Research in Ophthalmology at the University of California, San Francisco. She led a research team that analyzed medical records for smoking habits and the cause of inflammation for all uveitis patients seen through the foundation’s clinic between 2002 and 2009. It turned out that smokers were two point two times more likely to suffer from uveitis than those who never smoked. A strong link was found between smoking and swelling in the central area of the retina in patients with certain types of uveitis.

So can smoking cause uveitis? Eye specialists like Acharya suggest cigarette smoke includes “compounds that stimulate inflammation with the blood vessels”. This can lead to immune system problems and possibly uveitis. Still experts like Acharya admit more research needs to replicate the Francis I. Proctor Foundation findings so that doctors can add uveitis to the list of reasons people should not smoke.


Autoimmune uveitis can be treated with unique immune cell type

Uveitis treatments generally focus on suppressing the impacts of the disease on the immune system, but often come with side effects. The encouraging news is that the National Eye Institute has discovered an immune cell population that they believe suppresses eye inflammation and can reduce the severity of uveitis. It works by releasing a protein called interleukin -35 or IL-35. It could potentially lead to new drug therapies based on IL-35.

IL-35 was in fact discovered back in 2007. It is produced by T cells and acts as a calming signal to other cells. It has been difficult to produce in a lab until recently. Researchers tested whether or not IL-35 could suppress uveitis in mice. They gave mice injections of a retinal protein to help cause uveitis type symptoms. IL-35 injections were given the same day and it helped prevent uveitis. When it was injected 10 days after disease injection, IL-35 suppressed uveitis in the mice.

A lot more research has to be conducted to see if people can benefit from IL-35.

Other uveitis treatments to eliminate inflammation and pain

Uveitis treatment guidelines really depend on the severity of the disease and the cause. The key to treatment is really to eliminate the inflammation and pain. Inflammation is the body responding to tissue damage, germs or toxins.

Here are some of the treatments that are commonly used on different levels of uveitis:

Some treatments can cause side effects and should be closely monitored by a doctor. In rare cases, surgery may be required to treat autoimmune disease uveitis. This normally occurs when the disease is severe.

It’s important to note that infection or trauma to the eye can also cause uveitis. Treatment should always be geared towards the cause.

It is hard to come by uveitis treatment naturally. There is no natural, miracle treatment; however, vitamin C and vitamin E have shown promise when combined with other standard treatments. It is also worth noting that biologics come from natural sources. They are isolated from humans, animals or microorganisms and can be comprised of sugars, proteins, nucleic acids or a combination of these substances. They can also be living cells or tissues.

While many people have not heard the term uveitis, it is real and it can be serious so research continues into the causes and potential therapies. In the United States about 10 percent of blindness is caused by autoimmune disease uveitis.

Processed food could raise the risk of autoimmune diseases: Study

High blood pressure (hypertension) may be an autoimmune disease