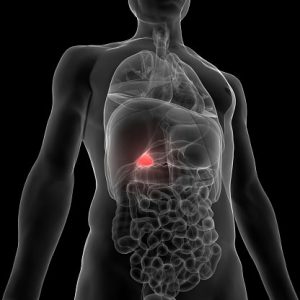 Urolithiasis (urinary tract stones) have been related to an increased risk of stroke in a new study from Kaohsiung Medical University. It has been shown in previous research that urinary tract stones are often connected with cardiovascular diseases, but there is only limited research on the connection between the stones and stroke.

The researchers used a database of population health data to connect the presence of urolithiasis and the risk of stroke. The study examined 12,979 urolithiasis patients and 64,895 control patients.

Stroke is one of the leading causes of death worldwide and is a massive health concern that increasingly affects more individuals year after year. This is why identifying populations of patients with an increased risk of stroke is of utmost importance. Urinary tract stones generally affect more men than women and are known to be related to a number of serious medical conditions.

The researchers examined the data from the database, which contained follow-up information for an average of five years on the participants. The patients who were a part of the urolithiasis group were also known to reside in more rural areas and have a lower average income than the control.

In relation to stroke, the results of the study found an increased risk of both ischemic (blood clot) and hemorrhagic (excessive bleeding) stroke, especially in patients over 40 years of age.

The patients with urolithiasis were found to be 1.3 times more likely to have a stroke during the five-year follow-up period than the control group. The urolithiasis patients also showed a significantly lower stroke-related survival rate at the five-year mark. The differences between ischemic and hemorrhagic stroke were also significant.

Of the patients, 2.9 percent suffered from an ischemic stroke (by far the most common type of stroke) whereas only 0.5 percent presented with a hemorrhagic stroke. The risk of ischemic stroke was 1.3 times higher in the urolithiasis group and 1.43 times higher for hemorrhagic stroke. These results were not affected by the sex of the participants, however, there was a correlation between aging and increased risk of stroke.

The results of this study show a correlational relationship between urolithiasis and an increased risk of developing either ischemic or hemorrhagic stroke, differentiating it from previous studies that have either examined the risk of overall stroke in relation to urolithiasis or risk of only ischemic stroke in the presence of urinary tract stones. This study also looked at the role patient sex and age demographics play in the relationship between the two medical conditions.