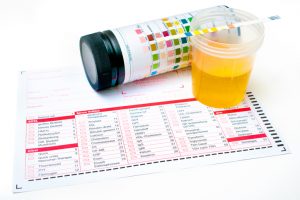 Urinary tract infections and sexually transmitted infections in women are often misdiagnosed by emergency departments – in fact, nearly half of the times. Such misdiagnoses lead to misuse of antibiotics and an increase in antibiotic resistance.

The investigators wrote, “Overdiagnosis of UTI [urinary tract infection] was not only a common cause of unnecessary antibiotic use, but also contributed to the underdiagnosis of STI [sexually transmitted infection] since 64 percent of the patients with a missed STI were diagnosed as having a UTI instead. An abnormal UA [urinalysis] result, seen in 92 percent of our subjects, was a common finding, poorly predicted the presence of a positive urine culture, and may also have contributed to the overdiagnosis of UTI.”

The main problem is that UTIs and STIs share many common symptoms, such as frequent urination, pain when urinating, and urination urgency.

The investigators also found that many women treated for UTIs did not even present symptoms of a UTI or had any urine cultures pointing to a UTI.

Nearly one million UTIs are diagnosed annually, along with 20 million STIs, but many STIs go undiagnosed or unreported, so the actual number of cases may be quite higher.


Difference in UTI and STI symptoms

Although urinary tract and sexually transmitted infections share many symptoms, there are some key differences that help tell the two apart.

Symptoms of a UTI include:

Symptoms of an STI include:

If any of the above symptoms are present, you should see your doctor. If either one progresses, it increases the risk of infection and complication.

Related: Can you have sex with a UTI?