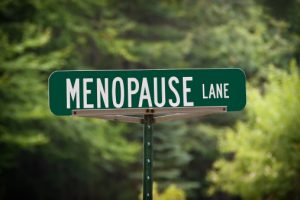 Evidence from a study at the University of California, San Francisco indicates that up to a third of women who have gone through menopause appear to suffer more disruptive symptoms if they are prone to urinary incontinence. Urinary incontinence ranges from occasional leaking urine when you cough or sneeze to having the urge to urinate suddenly and not getting to the toilet in time. Often it can be an embarrassing problem.

To develop a better understanding of how vaginal changes affect people during menopause, the research team conducted detailed interviews with women about their sexual health and bladder health. It turned out that the ladies were more likely to have vaginal symptoms that negatively affected their daily life if they were overweight, in poor overall health, suffered from depression, or struggled with incontinence.

The women who were sexually active indicated that vaginal symptoms such as dryness and pain were more severe if they had sex less than once a week. For women not having sex, symptoms were less likely to affect daily life for older women, but more likely to bother women with a partner.

It is interesting to note that 25 percent of the women were using estrogen treatments that are designed to ease menopause symptoms.

If having urinary incontinence is a problem before menopause, the hormonal changes alone could make the problem even worse. Estrogen helps keep the bladder and urethra healthy, but as women near menopause, their estrogen level starts to drop and that means the pelvic muscles are no longer able to control the bladder in the same way they did before. The lining of the urethra, which is the tube leading from the bladder to discharge urine, becomes drier, thinner, and less elastic as well.

The good news is that both urinary incontinence and vaginal symptoms can be treated. When it comes to urinary incontinence, there are medications your doctor can prescribe. However, that is not the only way to improve your bladder health. Check out the lifestyle changes below. If you have incontinence, applying some of these ideas just might help.

The researchers involved in the UC San Francisco study say special efforts should be made to identify and treat urinary incontinence in postmenopausal women. They insist these women should not have to suffer with a lower quality of life.

Urinary tract infection recurrence in women may be reduced by probiotics