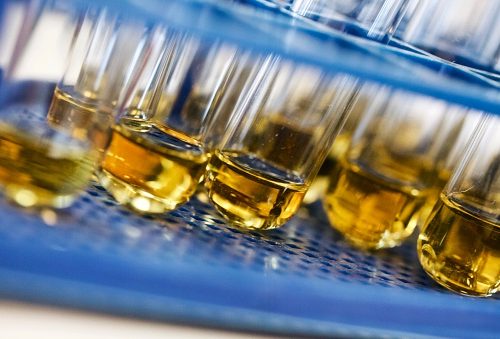 Uremia or uremic syndrome is a condition that develops when your kidneys become too damaged to filter out harmful substances from the body, particularly urea and creatinine. Instead, increased levels of these substances build up in the blood, leading to the manifestation of dangerous side effects that may eventually become life-threatening.

Chronic kidney disease is often attributed to the development of uremia. The condition is estimated to affect nearly 14 percent of the U.S. population, killing more people than breast or prostate cancer each year.

The prevalence of uremia in the U.S. is difficult to pinpoint, as most patients start dialysis (a procedure that helps the kidney perform its function) before they develop any symptoms of uremia.

According to data from the U.S. End-Stage Renal Disease (USRDS) program in 2007, the incidence rate of end-stage renal disease (ESRD) maintains relatively stable at 354 cases per million, with a total dialysis prevalent population of greater than 368,000. However, as patients with ESRD are now living longer, it is estimated by the year 2020, more that 750,000 Americans will have ESRD.

The highest prevalence rate of ESRD is reported in Japan, followed by Taiwan, and then the United States. Over half of patients diagnosed with ESRD live in just five countries: United States, Japan, Germany, Brazil, Italy.

The prevalence of uremia among different age groups is unknown, despite ESRD presenting more often in older adults. People over the age of 75 have seen greater occurrence rates. However, current data indicate that older adults are 31 percent less likely to have a delayed start of dialysis compared to patients younger than 40 years of age.

What are the causes and symptoms of uremia?

Causes of uremia can be categorized into three different groups: Prerenal, renal, and postrenal. All of these groups are due to extreme and usually irreversible kidney damage. Regardless of the area damage, the kidney will no longer be able to filter waste products from the body to be excreted in your urine.

The following are various uremia causes:

Symptoms of uremia typically begin late in the course of chronic kidney disease and may present as:

Uremia can be diagnosed by taking a detailed history and physical examination of the patient. Doctors will check for the presence of any excess fluid accumulation (edema) and other signs and symptoms that may point to uremia.

For the most part, laboratory testing will be the best way to determine the level of urea and creatinine currently in the body. This will come in the form of specialized urine and blood tests that can help physicians determine how effectively the kidneys are functioning and a number of waste products in the blood. Other diagnostic tests may also be utilized.

Ultimately, the best treatment for uremia treatment is initiating dialysis, and in more serious cases, a kidney transplant. Without proper intervention when the signs and symptoms of uremia present themselves, the condition may become life-threatening. The following are various treatment options doctors consider when approaching a case of uremia and kidney failure.

It may be possible to manage early uremia symptoms with low protein diets as studied using rate with experimental chronic renal failure. It was seen that low protein diets help to ameliorate uremic symptoms and certain chronic renal failure symptoms. These diets work because they activate a compensatory mechanism that conserves protein in the body. However, it was not determined if dietary protein restriction can slow the rate of renal failure progression.

Rich in anti-inflammatory and antioxidant compounds, olive oil can possibly prevent inflammation of the kidneys and protect blood vessels.

High in fiber and anti-inflammatory properties, apples can help reduce inflammation of the kidneys to some degree, as well help prevent constipation and lower cholesterol.

Can improve blood circulation due to its anti-clotting properties. This can help reduce cardiovascular disease in uremia patients.

Rich in vitamin K, vitamin C, potassium, and fiber, all of which are important products for maintaining healthy bodies. Cabbage also contains phytochemical which can help break apart free radicals.

Contain abundant amounts of vitamin C, anti-inflammatory components, as well as fiber, blueberries may provide some benefit in uremic patients. Additionally, they are rich in manganese, which can slow bone breakdown.

Rich in vitamin C and fiber. Strawberries also have anti-inflammatory properties as well that can help reduce inflammation that may present in the kidneys.

A great source of quality protein that is less phosphorus than other sources of protein. Egg whites can also be a great source of essential amino acids for those suffering from uremia.

Stripping as much fat from meat as possible, it can be considered a quality source of protein for uremia patients.

High in vitamin C, folate, and fiber, cauliflower helps combat certain states caused by uremia such as anima, a decreased in red blood cells or hemoglobin.

If left untreated, serious cases of uremia may lead to:

Additionally, patients with severe uremia may develop gastrointestinal (GI) bleeding, spontaneous subdural hematomas, increased bleeding from any underlying disorder, or bleeding associated with trauma. Electrolyte abnormalities, such as hyperkalemia, metabolic acidosis, or hypocalcemia, may lead to cardiac arrest as well.

Prevention will require preventing and managing various kidney disorders that can result in uremia. This may include adhering to the following:

Unless treatment for kidney disease and uremia is achieved, prognosis for these patients is considered poor. Dialysis or kidney transplant will help improve these patient’s chances of survival dramatically.

Depending on the underlying cause leading to kidney damage, acute kidney injury may be reversible or treatable before significant damage has occurred. However, there are instances where treatment may not be sufficient enough or is implemented too late that may lead to the development of uremia and the inevitable use of dialysis or kidney transplant.

Chronic kidney disease is associated with a very high mortality and hospitalization. This is primarily due to the existing comorbid conditions such as hypertension, coronary artery disease, peripheral vascular disease.

What is renal infarction? Causes, symptoms, and treatment tips