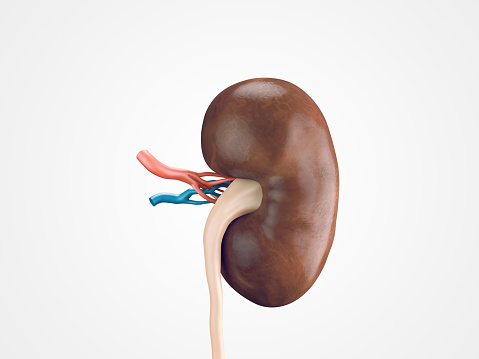 Renal infarction occurs when the blood supply to the kidney becomes disrupted or compromised and is often a sign of systemic illness. There are many causes of decreased blood supply to the kidney, and when observed, it should be investigated right away because proper kidney function is vital for survival. It can result from a blood clot or embolus arising from a distant location, or a thrombus limiting blood supply of the renal artery. Medications are available for these causes but are often time dependent, as delayed treatment can lead to significant kidney damage.

A renal infarct is caused by a reduction of flow to one or both kidneys and can be caused by a blockage of the blood vessel leading to the organ. However, a direct blockage of blood is not the only way for infarction to occur, as in states where blood oxygenation is poor or in cases of congestive heart failure, the structures that are responsible for blood supply may be compromised.

Any cause of kidney injury leading to cell death may result in hematuria—blood in the urine. This is not seen by the naked eye initially, as microscopic levels may be present first. Injury to the kidney may also result in flank pain—pain that is located on the lower back.

Risk factors that can increase the odds of developing renal infarction include:

The majority of renal infarctions occur due to a thromboembolic event, or clots. This phenomenon can occur in a multitude of ways, from disorders in clotting mechanisms to physical trauma leading to clot development. The following are some of the causes of renal infarction:

Due to obstruction of kidney blood flow:

Symptoms experienced during an issue of renal infarction may be non-specific and is therefore diagnosed later than it should be. Renal infarct may be the product of another underlying disease, further confounding the presentation. But there are a couple of specific kidney-related symptoms that are as follows:

Often times, when renal infarction happens acutely, it is in the emergency room due to the patient feeling severe pain in the lower back and abdominal area. Once a brief history and physical exam are taken, imaging tests will confirm that a renal infarct has actually taken place. The following are some tests that are likely to be done in a suspected case of renal infarction:

The approximate prognosis of either treated or untreated renal infarction is uncertain. The condition occurs in patients who have other condition associated with being diseased and at risk of dying, such as diffuse atherosclerotic disease and atrial fibrillation. Conditions such as these may embolize other organs besides the kidneys, including the brain causing a stroke.

However, a previously done retrospective study of 44 patients with atrial fibrillation, 38 of which were treated with anticoagulation therapy with the remaining 6 not having it. They found that 61 percent had normal renal function, 13 percent had mild renal impairment, 18 percent had significant renal impairment, and 8 percent were dialysis dependent. Additionally, 5 patients died during the first month after diagnosis, with 11 patients having repeat thromboembolic events.