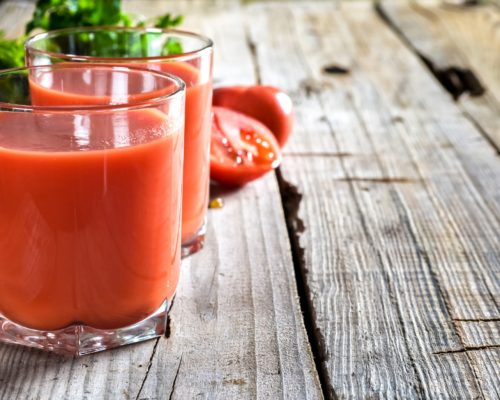 A new study out of Japan has raised the question of whether regular consumption of unsalted tomato juice may be a cost-effective intervention against high blood pressure and LDL-C level cholesterol. Cardiovascular diseases are responsible for the most deaths in the United States, and this new research could offer a new way to lower the risk.

Research shows that nutrition is one of the most vital lifestyle changes that can be changed for better health. This new study from Japan asks the question if unsalted tomato juice can help to lower cardiovascular risk markers such as blood pressure and LDL cholesterol.

The study authors hypothesized that the tomato juice “contains a variety of bioactive compounds such as carotenoid, vitamin A, calcium, and gamma-aminobutyric acid, which may play a role in maintaining physical and psychological health, including the prevention of cardiovascular disease.”

The participants of the study were recruited from among the local residents in Kuriyama, Hokkaido, Japan. The study protocol was reviewed and approved by the Tokyo Medical and Dental University Review Board, and written informed consent was obtained from all participants. Flyers were sent out to local residents aged 20–74 years, and several briefing sessions were held to recruit as many participants as possible.

The results showed that among those with high cholesterol, there was a 3.3 percent average decline in the fatty substance, which can block blood vessels and cause heart attacks and strokes. Researchers believe it is the lycopene found in the tomatoes that prevents plaque from building up in the arteries, causing a drop in systolic and diastolic blood pressure.

They claim lycopene works by inhibiting LDL-cholesterol that may lead to hardening of the arteries. The study also claims that compounds found in tomatoes may lower the absorption of dietary cholesterol in the small intestine and cholesterol synthesis in the liver. On average, blood pressure dropped in participants by three percent in those with untreated hypertension.

The health effects from the tomato juice were similar among women, men, and different age groups, according to the findings published in the journal Food Science and Nutrition.

The authors of this study had previously published a similar study in 2015, where they concluded that drinking unsalted tomato juice over eight weeks reduced the levels of triglycerides in the blood of middle-aged women. High levels of this type of fat can contribute to atherosclerosis. Critics do urge caution over these types of studies, warning they do not take into account other food and lifestyle choices.