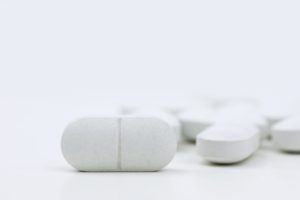 Principle investigator Dr. Nicole Koropatkin explained, “Acarbose has the potential to change the gut microbiome, but it is a very diet-dependent change. With medications, especially those that affect diabetes, we have to think about not only the impact the drug has on host enzymes or host metabolism, but how it affects gut bacterial metabolism. We know that there seem to be certain gut bacteria compositions that are more closely linked with diabetes and that might even precede the clinical onset of diabetes.”

Acarbose inhibits glucoamylase enzymes in the small intestine, which prevents dietary starch digestion. This, in turn, reduces spikes in blood sugar after eating.

Dr. Koropatkin continued, “We wanted to try as much as we could to mimic the way that acarbose is administered to humans. When humans start taking acarbose therapy, they usually start on a low dose, and then they move to a higher therapeutic dose.”

The researchers found no significantly different microbiota changes in animal feces that had a low dosage of acarbose compared to the control. But animals that received high dosages of acarbose on a high starch diet had significantly different gut microbiome structures. Short chain fatty acids increased significantly, there was great expansion of Bacteroidaceae and Bifidobacteriaceae, and there was a decrease of Verruocomicorbiacea and the Bacteroidales S24-7.

Once treatment of acarbose stopped, the gut composition reverted back to a state similar to those in the control group. This revealed that the treatment does not result in long-term changes.

Dr. Koropatkin concluded, “Our study shows that acarbose feeding changes the gut community structure in a reversible and diet-dependent manner, which may have implications for how these medications are ideally administered in humans.”

She recommends that diabetics should consume a high fiber diet to support a healthy gut and regulate immune development.