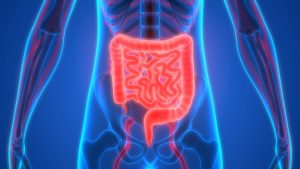 Bubble guts is a term we don’t hear all the time, but it is a real condition. So, just what are bubble guts? Here we explain the abdominal phenomenon and offer up some suggestions on how to get rid of it.

Most people have experienced a bubbling sound in their abdomen at some point, but what does bubble guts mean? Well, normally the process of digestion and assimilation of food is not silent; it produces some sound. This indicates that the intestines are active. These intestinal sounds are usually rather subtle, but when the noise is excessive or loud, it could be bubble guts. Bubble guts are usually a symptom of some underlying condition.

In the medical profession, bubble guts are referred to as Borborygmi or intestinal peristaltic sounds.

What are the causes of bubble guts?

The sounds that come with bubble guts can last for just a few minutes or longer. The sound coming from our stomach is produced by fluids and gases and also by peristaltic movement of the intestines. However, the causes of bubble guts can be due to a number of different factors.

If a person has excess amounts of fluid in the gut, it can lead to a bubbling sound, excess gas that accumulates in the intestines, certain diseases, diarrhea, swallowing excess air, eating certain foods, some medications, and even hormonal changes can cause bubble guts. Below we outline some specific conditions that could cause bubble guts.

There are foods such as seeds, beans, eggs, milk, peaches, prunes, cabbage, onions, and carbonated drinks that can produce excess gas in the gut.

When someone has diarrhea, there is an increase in peristaltic movement, which can lead to a rumbling sound in the stomach. Increased fluid volume in the intestines of those who have diarrhea also contributes to the sound.

IBS can produce diarrhea or constipation. As mentioned above, diarrhea can increase contraction or peristaltic movement in the gut, producing bubbling.

When food stays in the intestine too long, the colon bacteria break it down further, making it watery. This can create noise in the gut.

There are certain irritants, such as coffee, tea, and alcohol that can aggravate the walls of the intestines and cause excessive movement of muscles, which can produce large bubbles and sounds.

Drugs or herbs that are taken to induce bowel movements can cause bubbles in the abdomen.

When a person eats too much fiber, it can cause peristalsis and the production of bubbles. Beans, fresh fruits, carrots, and cucumbers are examples of foods that may cause bubbles when consumed in excess.

IBD is a disease known to create inflammation in the walls of the intestines. This inflammation has the potential to move into the upper part of the abdomen. Crohn’s disease is an example of an inflammatory bowel disease. Symptoms can include diarrhea and high fluid volume in the gut.

Excess gas in the gut

There are different ways that someone can get excess gas in the gut. As we mentioned above, it can be due to the consumption of certain foods, but it can also be from swallowing excess air when eating, talking, or yawning.

Bubble guts can be uncomfortable and embarrassing due to the noise. If you are wondering how to get rid of bubble guts, check out the common treatments below:

How to get rid of bubble guts naturally

Bubble guts cure does not have to be complicated. As we have explained, there are many foods that can contribute to bubble gut so paying close attention to diet can be helpful. Here are a few home remedies for bubble guts, including dietary modifications.

The occasional case of stomach rumbling is nothing to stress over, but when it becomes a regular and loud bubbling, the discomfort can be hard to put up with and shouldn’t be ignored. It is best to find out what is causing bubble guts. In the majority of situations, it is a quick fix, but there is always the possibility that you are suffering from a more serious health condition, like an inflammatory problem, that really does require medical attention.