Home » Health News » Probiotics: What They Are and How to Get More 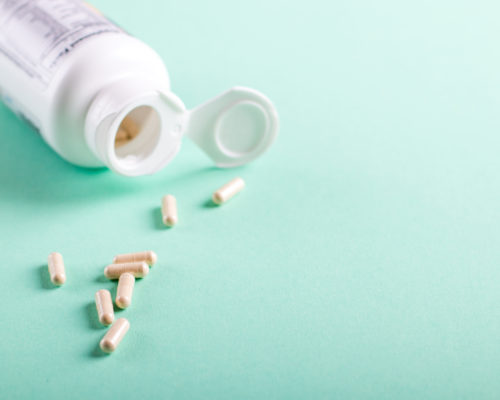 Probiotics can help with digestion, gut health, and more. They might even help fight inflammation and brain function. But what the heck are they?

Are they a superfood?

Depending on who you ask, they could be classified as a superfood. Probiotics are linked to a number of potential health benefits, but they are rather unique. They are not traditional nutrients; instead, they are beneficial and healthy forms of bacteria.

Probiotics are found in, or on, fermented foods. You can also get them as supplements to treat certain conditions identified by your doctor.

Unlike vitamins and minerals, there is no recommended daily intake for probiotics. Like antioxidants, the general guideline is to get them in your diet where you can.

What is fermented food? Quite simply, it is one of the oldest forms of food preservation. Foods become fermented through a process called lactofermentation, where natural bacteria feed on sugars and starches in food.

It ultimately leads to an ideal situation to trap nutrients, promote digestive enzymes, and build diverse forms of beneficial bacteria.

Fermentation also creates one type of food from another. For example, cucumbers become pickles, milk can be turned into yogurt and cheese, while you can even get wine and beer from grapes, barley, hops, and yeast, respectively.

Unfortunately, not all fermented foods are probiotics. Beer and wine can fall into this category. However, some unfiltered, “strong” options can offer probiotic benefits for gut health.

Food can lose probiotic activity if they are purposefully removed, or when they are baked or canned.

Most people in North America don’t feature many probiotic foods in their diet. Although you may have heard of sauerkraut, kimchi, miso, and kefir, they might not be particularly palatable or staples in your diet.

Yogurt, however, is a North American staple that is rich in probiotics. The number and type of probiotics vary among brands, but they will generally contain anywhere from 90 to 500 billion CFU (colony-forming units) per serving. Selecting brands with “live and active cultures” on the label is recommended.

But how much yogurt can you actually eat?

A lot more that you might think. It just requires some creativity.

Using yogurt as an alternative is one way how you can eat more probiotics. Including more or them in your diet might help improve gut health and help with several other conditions.