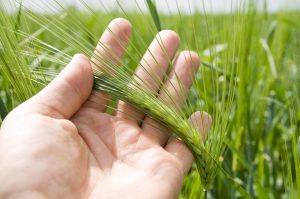 By 2030 it is expected that 438 million people will have diabetes worldwide. The most common strain is Type-2 and the disease, according to some, has reached global epidemic status. Many diabetic also experience cholesterol problems and face obesity.

Type-2 diabetes creates a number of problems for those suffering from it. Cholesterol problems create a greater risk for heart attack and heart disease, blood sugar levels are inconsistent and the body’s demand for insulin is not met because of high-resistance. And although increasing insulin through medication has often been the main source of refuge for diabetics, it does little to impact cholesterol problems or make any long-lasting impacts on blood sugar levels.

For a number of years, researchers have been looking at the impacts of barley grass supplementation to limit cholesterol problems and regulate blood sugar and insulin levels. Barley grass is a natural remedy that is rich in vitamins, minerals and antioxidants, while having shown to yield positive effects with regard to cholesterol problems and blood sugar and insulin levels associated with Type-2 diabetes.

Barley grass supplements are created using the young leaves of the barley plant, as opposed to grains that people often associate with the plant. The leaves are then ground up and can be taken in powder or capsule form.

Over the past decade numerous medical studies have shown that barley grass can help lower cholesterol, improve insulin resistance and lower blood sugar levels. However, many in the scientific community still believe there is little objective evidence to support these findings. The properties found in barley grass, however, have been seen to improve conditions in diabetics.

A recent study has found that barley grass supplementation significantly decreased fasting blood sugar levels in an experiment group, while no change was found in a control group (levels were checked daily) The research looked at two groups of diabetics: one was given 15 g/per day (for 70 days) of a barley grass supplement; while the other was not. In addition to the drop in blood sugar levels, there was a 5.1% drop in cholesterol (in the experiment group) levels after only 2 months.

Other research has found similar results, and the studies are conducted on the basis that the vitamins, minerals and antioxidants found in barley grass can offer help. Cholesterol problems and Type-2 diabetes have shown to be slowed by antioxidants and monosaturated fats, of which the barley grass has plenty. In fact, the antioxidants in it have been noted to be “quite potent.”

Antioxidants are able to improve insulin resistance in diabetics and obese people. Research from the Catholic University of the Sacred Heart in Rome, Italy, found that obese patients who experimented with a diet high in antioxidants exhibited decreased insulin resistance compared to those who did not.

Although a number of small scale studies have been conducted regarding the use of barley grass to fight diabetes and cholesterol problems over the past decade, it is still not acknowledged as a viable treatment. More research on a larger scale must be conducted, and it must be confirmed by the scientific community at large.

However, based on the samples of existing research and what is already known about antioxidants, monosaturated fats and the vitamins found in barley grass, it appears that a dosage of 15 g per day will not harm users.