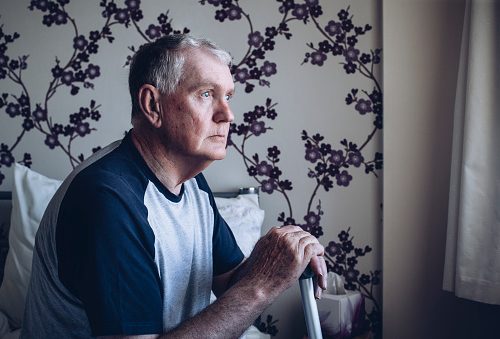 Living with several health conditions is something almost exclusively experienced by the elderly. As we reach our older years, the human body becomes less capable of fighting off infection and is more susceptible to disease. This often leads seniors to experience symptoms that reduce their quality of life.

What improves the lives of chronically ill adults

Researchers wanted to understand what kind of burden having multiple illnesses has on older adults and the effect it has on their ability to function. They also wanted to compare how having a diagnosis of cancer versus having multiple chronic conditions affected this population subset.

Previous studies have attempted to answer this question but failed to include people with two or more illnesses. This was not a complete representation of the actual population, which the researchers wanted to address.

The study in question looked at 381 subjects, most of which were in their 70s. More than half of the participants had a diagnosis of cancer. Those without cancer were diagnosed with COPD (chronic obstructive pulmonary disease), congestive heart failure, dementia, kidney disease, and other chronic illnesses. The common combination of conditions was COPD, congestive heart failure, and cardiovascular disease.


Treating symptoms had a greater impact

While it may seem that being diagnosed with multiple conditions would greatly affect a person’s well-being, the researchers learned that their symptoms were not linked to their ability to function. Surprisingly, people with cancer seemed to function better than those with multiple chronic conditions.

This led to the conclusion that the sum of the total symptoms, rather than the number of chronic conditions, is directly related to an older person’s ability to function. This realization can have a huge impact on the way medical professionals treat their patients.

It is important to treat the underlying condition causing the symptoms, but the secondary symptoms not necessarily related to the condition, such as depression and fatigue, could further decrease function and potentially worsen treatment progression.

“Our findings support the growing evidence recommending a shift from disease-specific treatment to addressing the symptoms that result from having multiple chronic conditions,” wrote the researchers.

Related: It only takes one minute a day to improve your bone health

Seniors: This one thing helps you maintain strong muscles

People 100 years and older found to be in good health