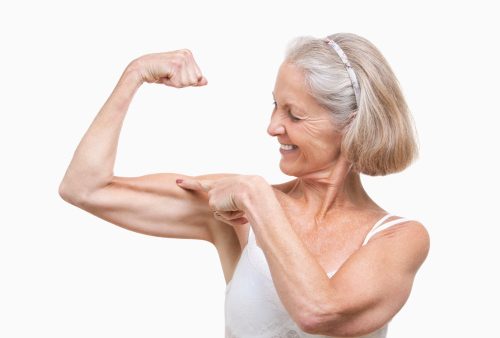 As we all know, practice makes perfect, and this is definitely the case for athletes—many hours of training go into perfecting their talents. According to a new study, patients should also train both their body and mind when prepping for a hospital stay, as it may actually shorten the length of time required and even save money.

While this is not a new concept, it is one that isn’t implemented very often by health care providers. Michael Englesbe, M.D., remarks that most of the time, patients do not prepare before they arrive at the hospital and that this needs to change at an administrative level.

“The more you can do to manage your status preoperatively, the quicker you’ll be able to bounce back,” Dr. Englesbe said.

The study in question observed 641 patients and found that when basic fitness and wellness coaching was delivered in advance, hospital stays, on average, were reduced from seven days to five. The research team estimates that a reduction of just two days can cut medical costs by as much as 30 percent. The team was also astonished at the participation rate for this study—out of the 641 subjects, nearly 80 percent complied with the training regimen. The participation rate is far better than typical lifestyle change regimens prescribed during a regular doctor’s appointment.

“As a physician, you always tell people to quit smoking and exercise,” says Englesbe, “but the compliance rates are notoriously abysmal. Big health crises can scare people straight, so to speak, and change their lifestyle.” He goes on to say that the prospect of surgery can be the spark that prompts people to put their health first.

Enlesbe and his colleges in the study have examined the concept of “prehab” many times—the idea of applying athletic training to surgical preparation. They found that across various studies, hospitalization times and cost savings were consistent. For each of the review studies, the goal was to help patients target and strengthen weaknesses before surgery using a web-based risk assessment tool to identify patients who would benefit most from the program. Elements such as improving diet, reducing stress, breathing exercises and smoking cessation, and emphasis on light physical activity were implemented. They also encouraged patients to stick with their routines by making personal phone calls and sending notifications via text to boost morale. The team is quite satisfied with the results obtained thus far.
About 90 percent of surgeries in the U.S. are elective, and the notion of prehab may prompt more doctors to take a second look at patients scheduled for surgery and possibly delay plans if necessary to better prepare.

“Surgery is basically controlled injury,” says Stewart Wang, a colleague whose background is in trauma medicine. “You’re ‘whacking’ patients and hoping that in the end, they do better overall because you’ve interrupted the disease process.” He goes on to say, “The condition of the body is so important. It’s so much common sense that people often fail to recognize it.”