Home » Colon And Digestive » This superfood good for your stomach 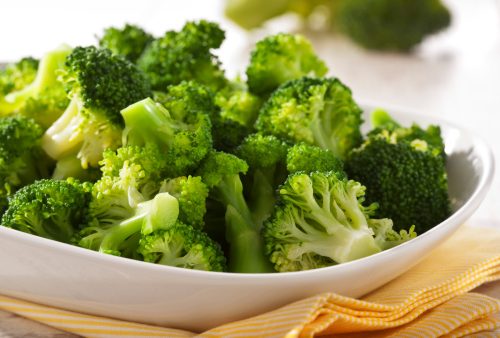 Your stomach is prone to many threats, as anything ingested through the mouth ultimately ends up in the stomach. Your stomach tries its best to break down all that enters, but sometimes it falls victim to ulcers, bacteria, and other health ailments that can compromise the stomach’s ability to perform its job.

Research suggests that regular consumption of a popular superfood can help protect the stomach from all of those threats, and reduce the risk of stomach ulcers and even stomach cancer. So what is this superfood?

A small Japanese study found that eating 2.5 ounces of broccoli sprouts a day can work to reduce the risk of stomach ulcers and stomach cancer. So far, broccoli consumption has been associated with the reduction of the cancer risk in the esophagus, bladder, skin, and lungs.

The ‘magical’ component in broccoli is known as sulforaphane, and in previous research, it has been shown to lower the levels of H.pylori, a stomach bacterium associated with stomach damage.

For the study, Japanese researchers looked at 48 individuals with H.pylori. The study was conducted in Japan, as they have high rates of H.pylori. While in the U.S. 25 to 30 percent of people are infected with H.pylori, in Japan the numbers are creeping up to 90 percent. Half of the study participants consumed 70 grams of broccoli sprouts a day and the other half consumed alfalfa sprouts, which do not contain sulforaphane. After the eight-week study, H.pylori levels were significantly reduced in the broccoli sprout group, and there was no reduction in the alfalfa group.

Research lead Jed W. Fahey said, “H. pylori is a known carcinogen. The fact that we were able to reduce the effects of an infectious agent that is also a carcinogen gives us hope that if someone were to eat broccoli sprouts or broccoli regularly, it would reduce levels of H. pylori and, over a period of many years, reduce the chance that they would get that cancer. It is not proven, but the results are highly suggestive.”

Dr. Steven H. Zeisel, director of the Nutrition Research Institute at the University of North Carolina, agreed that broccoli is an important part of a healthy diet. He said, “Specifically, the sprouts before broccoli becomes a plant are rich in sulforaphane. It is formed only when broccoli or sprouts are macerated, chewed on. When you break the cell, the chemical is formed.”