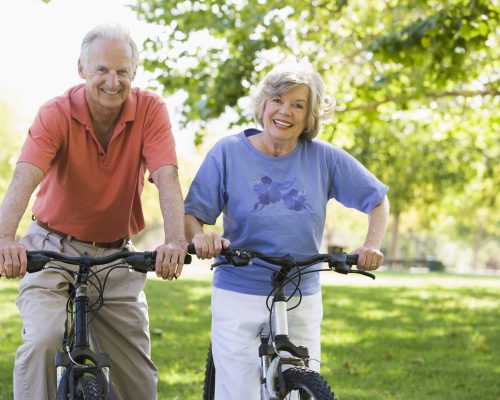 There has been a lot of bad press about BPA (bisphenol A) and how the chemical is bad for us. With good reason – it’s been linked to cancer and reproductive problems, although no research has been conclusive.

BPA is an industrial chemical that has been used in certain plastics and resins since the 1960s, and the more recent negative publicity concerned the safety of its use in plastic water bottles and food containers.

Some jurisdictions have begun to restrict the use of the chemical in a variety of products from water bottles to baby toys, but it can be found in so many items, including some foods, food cans, bottle tops and water supply lines. Even some dental sealants and composites also may contain BPA.

RELATED READING: Is there plastic in your fast-food sandwich?

Low-level toxicity adds up over time

However, the Food and Drug Administration (FDA) has said that BPA is safe at the very low levels that occur in some foods. This assessment is based on review of hundreds of studies.

While a little bit is OK, what about the consequences of decades of coming into contact with this toxin? That’s what I’m concerned about.

While you may have been diligently looking at product labels to avoid BPA when you’re out shopping, a new study has found that exposure to the chemical is hard to dodge.

In fact, it could happen when you’re making your purchases, even as the cashier rings up your groceries. Many receipts are printed on thermal paper that contains BPA.

How shopping can expose you

A recent study found that the BPA in receipt paper could be absorbed through our skin, Scientific American reported. This is of particular concern for store cashiers or bank tellers, who may handle hundreds of receipts over the course of a work day.

In the study, published in the Journal of the American Medical Association (JAMA), 24 volunteers handled receipts for two hours. Those two hours of contact led to significant increases in BPA levels found in the urine of the participants as compared to both baseline data and a control group who wore gloves while handling receipts.

However, BPA levels in the urine of the volunteers was still lower than for the people who had just eaten soup from cans lined with the chemical. According to the National Institute of Environmental Health Sciences, diet is the most common way to be exposed to BPA.

Is BPA a harmful toxin?

BPA is used in hard polycarbonate plastics and to line tin cans, but it is found in a number of other places. While the most recent findings have shown BPA appears in receipt paper, it has also been found in compact discs and medical equipment. As I said, research on the chemical is still inconclusive and preliminary; there has been no definitive information that has shown BPA harms our health. But I think it’s a fair warning to stay cautious.

A big part of the concern about the toxin is that exposure levels to BPA are widespread throughout our population. In 2003 to 2004, the National Health and Nutrition Examination Survey conducted by the Centers for Disease Control and Prevention (CDC) found that out of 2,517 urine samples from people aged six years or older, 93 percent had detectable levels of BPA.

Takes steps to protect your health

There are a few things you can do to minimize your exposure, in addition to looking for products labeled BPA-free.

For one, you can avoid microwaving food in hard plastic containers, as the heat may cause BPA to contaminate or leak into your food. Use alternatives to plastic, like glass, porcelain or stainless steel containers, even for storing hot foods and liquids. Try to avoid products with the plastics number 3 and 7, which may contain BPA. And cut back on your use of canned goods, too, since most are lined with BPA-containing resin.

And of course, you can pass on getting a receipt the next time you’re given the option.