Home » General Health » These 2014 breakthroughs can help your health problems 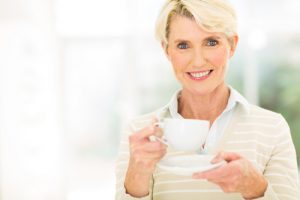 But when does scientific study provide real-world medicine and treatment? More often than we may realize, given the thousands of projects underway in laboratories around the world.

What were some of the most fascinating developments that emerged in 2014? I’ve rounded up some of the front-running health breakthroughs to celebrate achievements in the medical sciences.

The takeaway? These breakthroughs could impact your day-to-day life for the better.

Some of us can’t get out of bed in the morning without our caffeine! There’s no question it’s addictive, but numerous studies have suggested that caffeine has many health benefits, such as improving concentration and focus, reducing the risk of liver disease, and cutting the risk of mouth and throat cancer by 50 percent.

As long as you’re not drinking cup after cup all day long, the “everything in moderation” motto works in your favor.

New research suggests that consuming caffeine after a learning session can help to boost long-term memory. Whatever new task you’re doing (trying a new recipe, playing a new card game) or new route you’re navigating (to your church or a restaurant for dinner), following it with a cup of coffee or tea with caffeine helps strengthen your recall ability.

This is an important finding as we look at “neuroprotectors” – ways to strengthen brain neurons or connections, and protect against age-related cognitive decline.

Researchers from Johns Hopkins University and the University of California, Irvine compared participants’ test scores on thinking skills and memory with different amounts of caffeine and a placebo. Doses of 100, 200 and 300 mg of caffeine were consumed to measure performance, with the 200 mg dose demonstrating the most benefit when consumed after the learning session.

To put the dosage into perspective, an average eight-ounce cup of coffee contains 95 mg of caffeine. The same amount of black tea contains anywhere from 14 to 70 mg. Peak mental ability won’t come with guzzling caffeine all day long, so take note!

The Food and Drug Administration (FDA) estimates the average American consumes 300 mg of caffeine a day (between two and four cups of joe), with the main sources being coffee, tea and soft drinks.

“We’ve always known that caffeine has cognitive-enhancing effects, but its particular effects on strengthening memories and making them resistant to forgetting has never been examined in detail in humans,” says Michael Yassa, senior author of the study paper. “We report for the first time a specific effect of caffeine on reducing forgetting over 24 hours.”

Caffeine is like a wakeup call to your brain. It’s a stimulant that also works to block a chemical called adenosine, which normally prevents the release of excitatory brain chemicals. Adenosine helps calm and still your thoughts so you can relax or fall sleep.

When caffeine blocks adenosine, brain stimulation occurs, and giving you that surge of energy to improve mental performance and protect against age-related mental decline.


Longest-ever preservation of lungs for transplant

Preserving organs for transplant is a complicated business, which is why preparing a patient for the operation has to happen is short order.

In 2014, transplant specialists at the University Hospitals Leuven in Belgium were able to preserve donor lungs outside of a human body for a full 11 hours, marking the longest time in medical history. The lengthy preservation time was crucial because the patient needed a liver transplant immediately before the lung transplant. A lung transplant can only be successful if the liver is still functioning properly.

In this case, the lungs were not put on ice – the usual procedure – but preserved with a machine called the OCS Lung that provides continual flushing and oxygen at room temperature, with no negative effects. The machine also gives an analysis of lung quality and can improve the lung function in anticipation of the transplant.

RELATED READING: Brushing and flossing are good for your brain?

A similar machine exists for kidneys. Transplant results have shown the new technique preserves older kidneys better and helps them function better after the operation than those preserved on ice.

The OCS Lung machine is available in Europe and Australia, and clinical trials are expected to start in the United States soon.

There are better food choices to protect your heart

You might be convinced that a customary glass of wine every evening is good for your heart. However, the latest findings call into question many studies touting light-to-moderate alcohol consumption may protect your heart. It turns out, there are better things to drink and eat than adult beverages.

The hard truth is alcohol is a drug that disrupts normal function and can lead to unhealthy addiction.

New research from the Perelman School of Medicine at the University of Pennsylvania reviewed evidence from more than 50 studies that linked drinking habits and cardiovascular health for over 260,000 people. There is a specific gene which typically leads to lower alcohol consumption over time because of uncomfortable symptoms. Researchers found that people who carry that gene, on average, have superior cardiovascular health.

The “alcohol dehydrogenase 1B” gene breaks down alcohol much faster, causing adverse symptoms like nausea and a heated, flushed face. If you have it, you’d likely know it.

The Perelman study showed that people who consume 17 percent less alcohol per week have, on average, a 10 percent reduced risk of coronary heart disease, lower blood pressure and a lower body mass index (BMI). Contrary to earlier reports, the researchers concluded that any exposure to alcohol has a negative impact on your heart.

You might argue that red wine has been proven to be high in antioxidants, which are great for your heart. One antioxidant in red wine in particular, resveratrol, has received heart protection acclaim. But the Mayo Clinic and others say the evidence in support of red wine isn’t clear.

Given the research from the Perelman School, you’re much better off simply eating grapes or drinking grape juice. The resveratrol is in the skin of the grapes, along with other foods like blueberries, cranberries and peanuts.

Your best bet is a glass of wine on occasion – no one wants to feel completely deprived of life’s little pleasures. But try topping your morning oatmeal or yogurt with grapes and berries instead.

There’s clearly a better way to protect your heart.

Remember the long-running TV series, The Six Million Dollar Man, in the 1970s? Former astronaut Steve Austin had his right arm, both legs and left eye replaced with bionic parts after an aircraft crash, giving him superhuman strength, speed and vision – and later a Bionic Woman girlfriend!

Now surgeons have implanted a retinal prosthesis or “bionic eye” to restore vision. This new technology is an effective treatment for late-stage retinitis pigmentosa (RP), a disease that causes most patients to be legally blind by age 40. The retinal implant doesn’t provide complete vision, but it helps people to detect light and dark, and identify people and objects.

RELATED READING: Reduce your risk of heart failure by half

The high-tech prosthesis combines a surgical implant, video-camera glasses and a video processing unit which is worn at the waist or carried.

When it comes to eyesight, a healthy retina converts lights into tiny electrical impulses that are sent by the optic nerve into the brain. The brain then decodes them into images.
The bionic eye replaces the damaged cells in the retina and allows people to perceive patterns of light in the brain. The video camera mounted on the eye glasses captures images, and signals are fed wirelessly to a chip implanted near the retina. These signals stimulate retinal cells and produce light in the person’s field of view. The person learns how to interpret these light patterns, regaining visual function.

A number of companies are developing this type of implant, but results from a small clinical study of 30 people have shown best results so far with the Argus II implant from California’s Second Sight. Participants were able to recognize large letters, words and sentences, match black, grey and white socks, and walk on a sidewalk without stepping off the curb.

While the bionic eye targets a specific eye disease, researchers say it marks the beginning of a new era to restore sight with devices to address other causes of vision loss.

While science can often seem as though it’s removed from our everyday lives, these health breakthroughs demonstrate why research and develop funding is so important – and how discoveries can make their way to the general public and improve lives.