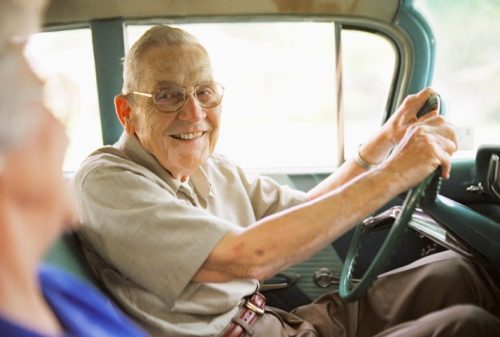 It has long been assumed that Americans abhor aging and indeed some individuals go to great lengths to maintain the stamina of their youth and to both look and feel younger. Surprising new research however, has revealed that these people are in the minority and in fact the majority of seniors are now optimistic about getting older. The optimism surrounding aging bodes well for the overall happiness of our society, especially considering the fact that 10,000 Americans turn 65 everyday and most of them are expected to live to ninety and beyond.

Why Aging is No Longer a Fear

A recent survey was conducted on over 2,000 adults aged 60 and up and was released by United Healthcare, USA TODAY, and the National Council on Aging. 70 percent of the surveyed adults claimed that the past year of their life was either normal or better than normal and 75 percent of the adults were optimistic that their quality of life would either improve or remain stable over the next 10 years.  The satisfaction and optimism regarding aging did not end there; over half of the participants believed that they would maintain their stamina and health and 14 percent even expected their health to improve over the next decade.  In addition, 82 percent of the participants reported exercising regularly and 39 percent of the participants stated that they had enough energy and stamina to maintain a daily exercise regime.  70 percent of participants were also happy with their current financial situation and secure in their ability to cover their expenses throughout their lifetime. Finally, over 80 percent of the participants reported a strong sense of passion and purpose in their lives.  According to The National Council on Aging the key finding of this study is that “Seniors and baby boomers expect their lives to improve as they grow older.”

Another recent study was funded by Pfizer in conjunction with nearly a dozen advocacy organizations as part of a “Get Old” initiative and it found similar optimistic views with regards to aging.   The researchers of the study asked 1017 Americans aged18 and older a variety of questions pertaining to their feelings and beliefs about aging.  Nearly half of the surveyed Americans over the age of 50 chose the word “optimistic” to describe their feelings towards aging, as opposed to “angry,” “uneasy,” or merely “prepared.”  The participants credited good health, a better appreciation for their family and friends and greater wisdom, for their happiness with regards to aging. Although there are no findings on whether or not the participants feel younger than they expected for their age, the study did find that 40 percent of the participants felt wiser than their age and 51 percent believed that they looked younger than their age. Those who were less optimistic about aging, feared losing their independence, stamina and physical mobility the most and only 7 percent of participants actually feared death itself.