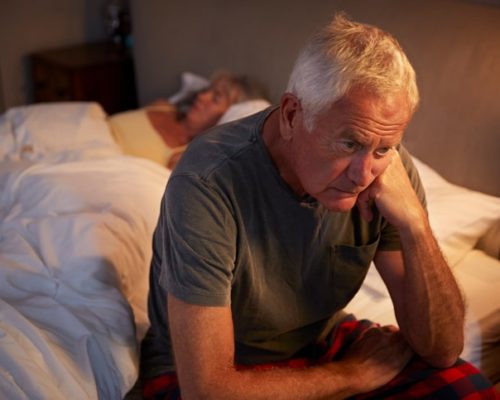 It’s nothing new that sleep is important for health, but what you might not be aware of is poor sleep’s effect on the body.

Poor sleep affects the body in many ways from hindering memory, increasing blood pressure, contributing to weight gain, and much more. But particularly for men, poor sleep can reduce testosterone levels.

Lead author of the study Premal Patel explained, “People who come in with low testosterone are often afraid of testosterone therapy. We wanted to look at any ways you can naturally improve your testosterone levels.”

Data was looked at of 2,296 men from the NHANES dataset, which tracks Americans over the course of decades.

The average age of the men was 46, and they reported varying sleeping hours from two to 12 hours a night.

The researchers highlighted several factors that could reduce testosterone levels such as age, alcohol consumption, and lack of sleep. Each hour lost of sleep was associated with a drop in 5.85 ng/dL of testosterone.

Body mass index had the biggest impact on testosterone levels with each unit of BMI being associated with a drop of 6.18 ng/dL.

Although these drops aren’t large, they could have a larger impact on testosterone levels, especially if a male has other factors decreasing levels.

It’s important that you evaluate the cause of your poor sleep, so you can begin to improve your sleep and reduce your risk of health problems associated with poor sleep, including drops in testosterone levels.