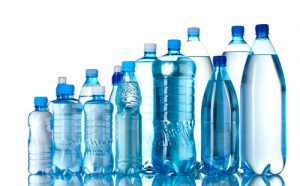 If you were concerned about bisphenol A (BPA) and started to pick up Tupperware and bottles that were labelled BPA-free, you still aren’t in the clear. That’s because recent animal studies have revealed that a replacement for BPA – called bisphenol S (BPS) – may also be hazardous to your health.

In 2012, the U.S. Food and Drug Administration (FDA) banned the sale of baby bottles containing BPA, a chemical compound often found in plastics. The ban followed the discovery that the chemical mimics estrogen, harming the brain and reproductive development in fetuses, infants and children.

Instead, the FDA promoted plastics containing BPS for both babies and adults because it was believed to be more resistant to leaching and, therefore, cause little or no harm. Today, more than 80 percent of Americans show signs of having BPS in their urine.

BPS is still a toxin

Once the chemical enters the body, it can disrupt the normal functioning of your cells in the same way that BPA does, according to a 2013 study by the University of Texas’s Medical Branch. Researchers learned that exposure to BPS activates proteins involved in cell mutation or death, which can cause serious damage to genes. This can potentially lead to metabolic disorders like obesity, diabetes, asthma, birth defects and even cancer.

It doesn’t take a lot for chemicals like BPA and BPS to do damage either. Even a weaker amount of these is enough to cause our bodies to go topsy-turvy. According to the latest studies, both BPA and BPS can significantly affect us in doses that are smaller than what’s used in traditional toxicology tests.

Although the specific chemicals that caused the estrogenic activity were not determined, scientists say it doesn’t matter: If you entered a space with a radiation detection device and found traces of radiation, you wouldn’t take the time to find out where the radiation was coming from. You’d just want to get out!

Replacing one bad chemical with another

Of course, it’s not surprising that manufacturers have replaced one toxin with another that might be just as bad for you. That’s because there are no federal laws requiring that a chemical be proven safe before they’re placed on store shelves. In other words, if a manufacturer stops using a banned chemical like BPA altogether, they’re not obligated to use a much safer chemical.

The takeaway here: Even though “BPA-free” is being printed on the labels of baby and water bottles, that doesn’t mean that such products are completely good for your health.

Perhaps we’re better off avoiding plastics completely, especially given the skepticism surrounding any new chemical. The use of everyday items that contain BPS is something to think twice about.