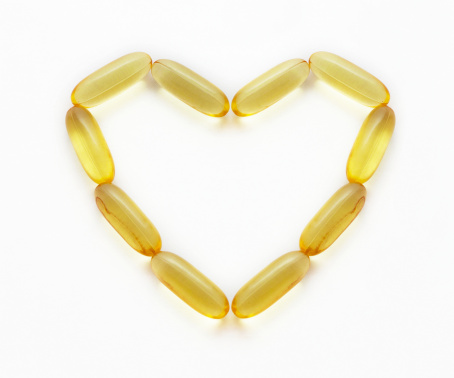 If you follow health trends, you’re probably already familiar with omega-3 fatty acids and the benefits of fish oil. Studies show the promise of a new omega which has a significant impact on the lowering of cholesterol and preventing plaque development in the arteries. Good news for the heart!

Omega-7 is a fatty acid found in all tissues but predominantly within the liver.  Studies conducted in Japan and also in the United States by Harvard Medical School and the Cleveland Clinic have all concluded beneficial results from this omega.

RELATED READING: New Guidelines For High Cholesterol Could Lead To Over-Use Of Drugs

What The Research Tells Us

Harvard researchers screened 3,000 people with type 2 diabetes for 400 fatty acids. What they uncovered was that omega-7 was the most active fatty acid in the group. By solely examining omega-7 activity in the body, they also discovered that omega-7 prevented the further development of type 2 diabetes in the study participants. The omega-7 helped in the regulation of insulin within the individuals.

The Cleveland Clinic study used mice as the test subjects to measure the effects of omega-7. The findings showed plaque formation decreased significantly and not just in a select few, but in the whole group of test mice. The study was repeated to verify the outcome. The results from the first test revealed that HDL levels, or “good cholesterol,” increased 85 percent and by the second test, they rose an additional 40 percent.

Comparable to the Cleveland Clinic study, a study conducted in Japan also used mice to test the effects of omega-7. These mice were modified to have type 2 diabetes and the findings were similar to the Harvard study. Omega-7 activity was monitored and results showed that the mice’s insulin levels were more regulated.

Overall, the research confirms that an increase of omega-7 will promote good cholesterol as well as insulin control.

RELATED READING: The Diet That Could Hold The Key To Diabetes Prevention


How Do You Increase Your Intake Of Omega-7?

Similar to most supplements or fatty acids, omega-7 can be incorporated into your diet. Foods high in omega-7 include anchovies, macadamia nuts and sea buckthorn. Omega-7 supplements are also on the market.

Although the benefits of omega-7 are promising, there can also be too much of a good thing. A side effect of too much omega-7 is that is can metabolize in your skin causing unexpected odor. You want to ensure you are ingesting a normal amount; most tablet supplements do not exceed 900 mg.

Although human trials of omega-7 are limited, the results from current research is causing excitement within health circles. The benefits of omega-7 show potential to aid in type 2 diabetes and sugar intake, combating bad cholesterol and improving skin conditions.

Before starting a new dietary supplement, consult a trusted physician to ensure it is acceptable to take and won’t interfere with any medications you may be taking.