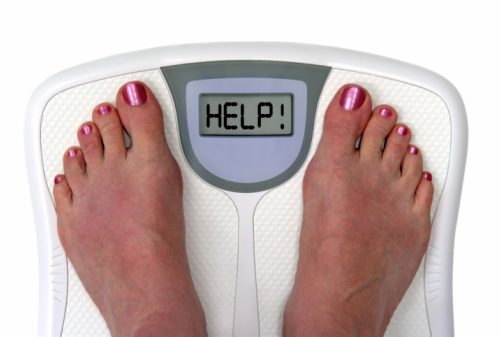 For years people have used calorie reduction as a primary tool to lose weight, but for a lot of people this method doesn’t seem to work. Those who study the science of nutrition say we should all understand the mystery behind counting calories to lose weight.

If you’ve been counting calories but not noticing any weight loss, scientists say there could be a simple explanation; calories are not all the same. They come from different food and are used for different purposes. For instance, 100 calories of protein will not be digested and used by the human body the same way that 100 calories of carbohydrates will be. Proteins are used for cellular repair and growth. Carbs are used for energy. Both will have a different impact on metabolism. The body will adjust to calorie restrictions and the decrease in nutrients will lead to a reduction in metabolism (making it difficult to lose weight). This is your body’s way of conserving resources or as some people put it, storing fat. Some scientists say those who practice excessive calorie counting as a primary weight loss method discover that they don’t lose weight or even notice some weight gain.

There are other problems with the calorie counting approach. When excessive calorie restriction is coupled with exercise it causes your appetite to increase, creating a problem for people who are desperate to quell those hunger pains and stop your ability to lose weight.

A recent study concluded at Harvard University indicates that counting calories is not the best way to lose weight. The study followed the eating habits of over 100,000 healthy individuals for 12 to 20 years. Researchers examined how a number of factors influenced their weight gain and weight loss. They discovered that just counting calories doesn’t matter much unless you look at the kinds of calories you are consuming. They came to the conclusion that the old adage,” everything in moderation” is not good advice. The authors of the study say the kinds of food you eat along with regular physical activity have the greatest impact on weight loss.

The Harvard study listed fruits, vegetables, whole grains, and nuts as good foods for those who are trying to lose weight. Potatoes, meat, and sugar-sweetened drinks were associated with weight gain. However, critics of the Harvard study argue that it is difficult to tell if food was the only factor or if behavior and lifestyle patterns had anything to do with the results. They also criticized the foods listed in the study. They say that potatoes can be unhealthy in some forms, such as fried, but healthy when prepared in other ways. Additionally, they argue consuming certain types of nuts in excess can be fattening and lead to a loss in the battle to lose weight. The critics, which include nutritionists and dieticians call the study limiting.

Other studies seem to support the Harvard theory that the type of calories you are counting makes a huge difference. Researchers at the City of Hope Medical Center in California studied two groups of overweight people, both on medically supervised low-calorie liquid diets. One group added 3 ounces of almonds to their daily diet; the other group added the same amount of calories from complex carbs like popcorn and Triscuit crackers. Both groups ate 1,000 calories daily during a 24-week study period. The group that consumed the almonds lost more weight even though they ate the same number of calories as the carb group. Same calories, different results.

While Doctors at the Mayo Clinic have not commented directly on the Harvard study they do point out that some calorie watching is helpful.  While they aren’t suggesting you avoid carbohydrates and eat a mountain of grapefruit every day instead, they promote the idea of alternatives to high calorie items. They insist you can “tip the scale” by making some minor changes to your snacking to try and lose weight.

The Harvard, City of Hope, and Mayo experts are all in agreement when it comes to portion control. As a society, we have been bombarded with big size everything and it is easy for us to translate that into our routines at home; filling big plates with food and overeating. The Mayo Clinic suggests using a smaller plate so it doesn’t look like we are depriving ourselves.

The authors of the Harvard study hope once people embrace portion control and begin to understand “all calories are not equal” they will be able to achieve their weight loss goals.