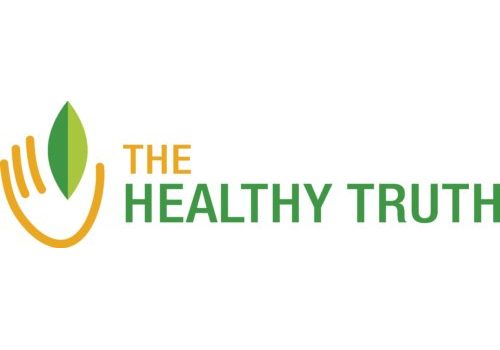 I’m a fitness instructor for a large Canadian gym company and teach classes four times a week. It was kind of a fluke how I got into training people really. You see, about five years ago I joined a boot camp and lost 20 pounds. I loved the feeling I got from working out so much that I wanted to help others feel just as good as I did, so I got my first certification as a Zumba instructor and began teaching classes a few times a week. If you’re not familiar with Zumba, it’s a type of aerobic exercise, which utilizes Latin-style dancing along with other common exercises.

After a few years of only teaching Zumba, I had an opportunity to become certified in Jillian Michaels Bodyshred, and now I teach both four times a week.

You may be thinking this has nothing to do with you, but I promise it does. This is because the people who take my classes are rarely my own age. In fact, my clientele primarily consists of individuals over 40 and 50. My clients are mothers and fathers, some are even grandmothers and grandfathers, too! It’s remarkable to see them come out and wait for me to show up before the class even starts, and return week after week. But having people show up is only the icing on the cake. The stories these individuals tell me after the class is done are really what makes me love my job.

Just the other week, I had a male client approach me after class and tell me he’s had high cholesterol for a few years now and was regularly taking statins to control it. He said his wife only allowed him one slice of pizza a month, and he watched her and their son enjoy it in envy while he knew he just couldn’t. But this is the best part: He told me he only takes my class and just recently saw his doctor for a follow-up. At that appointment, his doctor lowered his statins dosage from 10mg to 5mg – which also meant, he can now have another slice of pizza! He was so excited, and I was so excited to watch this older gentleman transform his life week after week and to know he had such results – it’s truly a rewarding line of work.

I get stories like this all the time, and they really give me a sense of purpose, but what is so remarkable is that these stories aren’t coming from the young and fit, no, they are coming from people just like you! These are people who have raised children, who have struggled with their weight, who have high blood pressure, and who finally said they have had enough and have began doing something about it – and that is a beautiful thing.

You probably have been told so many times that you need to exercise and you probably have a long list of reasons why you can’t. You’re too busy, your knees hurt, you’re watching the grandkids, etc, etc, etc. But when does it become about you again? When do you begin to put yourself first and do something for yourself instead of running around for others? You may want to ask yourself these questions…

Let me tell you another story. During a class of mine that already started, a much older woman walked in and stayed at the very back of the room. She tried her hardest to keep up and stayed until the very end. Once the class was done, I approached her and told her I appreciated that she came out, tried the class, and even finished it. She replied with, “I did horrible, I wasn’t even good, I can’t do it.” (I truly believe that a person cannot “be horrible” when it comes to fitness). And so I replied to her, “It doesn’t matter what you did or how fast you went. The fact of the matter is, you chose to move for an hour while hundreds of people are not moving and just sitting at home, and that right there means a lot.”

Developed countries have a problem, a sitting problem to be exact. Every day, a new study comes out telling us how our sitting is killing us – even worse than smoking! Something that can be so easily fixed is becoming a growing epidemic, but it doesn’t have to be.

I tell all of my clients they don’t need to be like me because, frankly, they aren’t me. For most of my clients, I am younger more than half their age, so there are obvious differences in our capabilities. Instead, I tell them to be them. They know themselves better than I do. They know their abilities and limitations, and they can work in that range to get the best workout for them, not for me. I always take the time to show my clients modifications of certain moves, so they aren’t left in the dark without options. Basically, I just want to see people move, it doesn’t matter how, it just matters that they are.

So here is the take-home message: It doesn’t matter how old you are. It doesn’t matter that you’ve never worked out a day in your life. MOVE. That is all I ask of you. You don’t even need to join a gym. Call up a friend, be social, and explore your neighborhood. Maybe, start with five minutes and keep adding a minute every night. Work your way up at your own pace because you know you’ve already outlapped everyone on their couch. Find something you love and keep at it, don’t continue to let yourself down and have another day pass without moving.

You are able, and I know this, because I see people like you everyday. Find your motivation – your kids, your health, anything – and let it drive you.