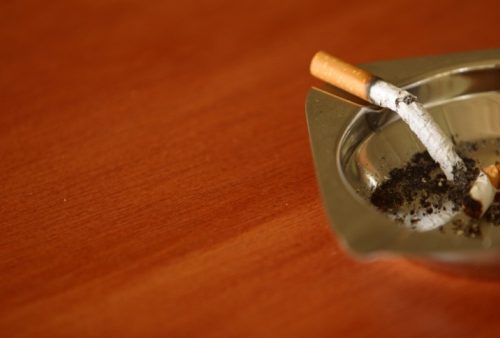 For decades, society has looked at smoking as a harmful act that is strongly associated with the development of lung cancer. Smoking has also been linked to the increase in risk for cardiovascular diseases and thus, general health tips often discourage the use of cigarettes. The prime addictive chemical present in cigarettes is nicotine, which imparts a mild feeling of euphoria to the smoker. For others, chewing tobacco increases the release of nicotine into the mouth, thus imparting a stronger sensation of feeling good.

The negative implications of nicotine have been largely based on the other damaging chemicals that are released from cigarette smoke. For example, carbon monoxide emitted by cigarettes may interact with the deoxyribonucleic acid (DNA) of cells. Carbon monoxide may thus inflict damage to cells, increasing the risk for cancer development. Formaldehyde is also present in cigarette smoke and thus, cigarette smoking may be potentially hazardous to human health. Health-focused government agencies and non-government organizations have thus actively campaigned health tips, especially that against smoking, as a preventative measure against lung cancer and other types of chronic illnesses. In addition, most health tips have suggested the incorporation of regular exercise and consumption of fruits and vegetables to maintain a healthy body.

Despite the negative implications of nicotine and cigarette smoking, a recent medical report published in the Journal of Neuroinflammation highlighted the preventative action of nicotine against this neurodegenerative disease. This neurodegenerative disorder is characterized by uncontrolled shaking of specific parts of the body, such as the arms and legs. In addition, patients have a peculiar gait, generally presenting with an arched back. The signs and symptoms of this disease start around the age of 50, yet for some individuals, these may appear earlier. And since this neurodegenerative disease involves the brain and nerves of the body, most people afflicted with this disease also suffer from a loss of memory. To date, there is a need to find a cure for this disease, including preventative measures that may delay its progression.

RELATED READING: The Effects of Smoking on Your Skin

According to the recent medical report, the use of nicotine in patients with a neurodegenerative disease may result in improvements in motor activities, including standing and walking. Using a mouse model to study the effects of nicotine on various characteristics associated with neural degenaration, the research study showed that the behavior of mice improved after introduction of nicotine. Examination of the brain and nerve cells of the mice also showed improvements in cellular structure, suggesting the nicotine may have a preventative role in the progression of this neurodegenerative disease. Furthermore, additional nerve cell types, such as a microglia and astrocytes, which are generally lower in number in patients with Parkinson’s disease, increased in number in the mouse animal models. These findings thus strengthen previous notions that nicotine may also serve as a preventative regimen against specific chronic diseases.

This recent medical report presents a very interesting standpoint in terms of smoking and the chemical components that are emitted by cigarettes. For the longest time, society has considered smoking as harmful to human health. The investigation of mouse models has shown that neurodegenerative diseases may still be addressed by specific preventative measures of nicotine. It is highly likely that in the near future, additional research studies will be conducted involving human subjects.  However, it will also be interesting to find out how health groups would react to the idea of including cigarette smoking as opposed to the use of just the nicotine in the list of health tips to promote a healthy lifestyle.