Home » Colon And Digestive » The 7 Most Common Stomach Ailments, and What to Do About Them 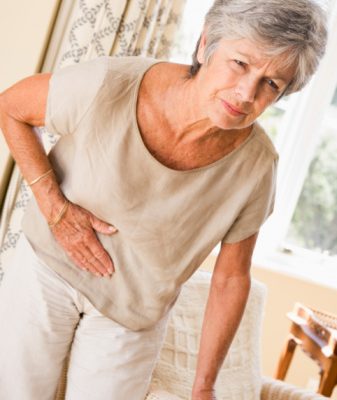 You’ve just enjoyed a nice meal and are ready to move on with your day, when you start to feel that familiar gurgling and grumbling in your stomach that signals indigestion. Unfortunately, stomach problems are all too common, affecting millions of people across North America. However, knowing how to deal with them – and how to ultimately prevent them – can make all the difference to your daily life and overall happiness. Take a look at seven of the most common stomach problems North Americans are prone to, and learn how to prevent them from plaguing your life.

Overeating, eating too often and eating meals too late can all cause your body to produce more stomach acid than normal and to spill back up into your esophagus, causing the gassy, burning and regurgitating symptoms that often characterize acid reflux. Before you reach for over-the-counter antacids, try eating smaller meals three to four hours apart, stop eating after 7 pm., and steer clear of excess sugar, alcohol, caffeine, saturated fatty foods and fried foods. Also, pay close attention to which foods may be constantly triggering your acid reflux, possibly signaling a food intolerance you weren’t aware of.

Whether it’s caused by indigestion or food poisoning, diarrhea can be amongst the most uncomfortable and embarrassing of stomach problems. When your body can’t absorb enough liquid from the food you eat, the food ends up passing through your intestines and out the waste disposal exit in a very liquidy form. Probiotics, in the form of supplements or naturally fermented foods, is a good way to deal with the problem, and it’s also very important to drink a lot of water to help your body flush out whatever is causing the issue and to keep yourself from dehydrating.

Ulcers are sores in the protective lining of your stomach, which are irritated by stomach acid – a very painful problem indeed! They can be caused by excessive smoking, excess use of NSAIDs (Nonsteroidal anti-inflammatory drugs), and the Helicobacter pylori bacteria. If you don’t treat the problem, the ulcers may cause internal bleeding – so it’s time to take action to deal with the stomach problems. Reduce the amount of acidic food you eat and if all else fails have your general practitioner write you up a prescription for an antibiotic (just be sure to take a quality probiotic along with it to replenish the beneficial bacteria that antibiotics kill-off).

Although conventional medicine holds that IBS is incurable, alternative medicine can help you either reduce or eliminate your symptoms. IBS is often caused by unidentified food allergies, so you should either get tested or keep a food journal to note foods that cause flare-ups, and then eliminate those foods from your diet. You should also start taking digestive enzymes with all heavy meals and a daily probiotic to restore the health of your bowels.

Non-celiac gluten sensitivities can cause stomach problems, as can lactose intolerance. If your body is allergic to certain foods, your body will painfully attack them rather than simply digest them. Cut out these foods and see the problem disappear.

Indigestion is basically your stomach telling you that you’ve eaten the wrong thing. It can be caused by mild food poisoning, drinking or eating too much or too quickly, or even overdoing it on the carbonated drinks. If your stomach is aching, lie on your back with a hot water bottle on your belly to help reduce the pain. A digestive enzyme may also be beneficial to you.

This is one of the stomach problem caused by infections rather than digestive problems. Viruses and bacteria in the food you eat may attack your intestinal tract, causing cramps and sharp pains – possibly accompanied by vomiting. Drinking water and taking a mild analgesic, such as Paracetamol, are best to deal with this stomach problem.