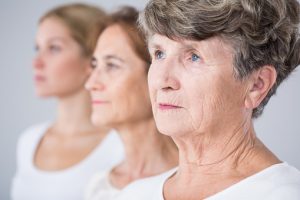 Senescent cells, which are the cells associated with aging, have been linked to bone loss in mice. This discovery could help healthcare experts find ways to target age-related diseases, especially those associated with bone mass and strength.

An estimated 44 million women and men age 50 and older in the United States are impacted by low bone mass and osteoporosis. While bone is constantly being broken down and replaced, people who suffer from osteoporosis don’t have new bone development after the breakdown of old bone. Until now, little was known about the role of senescent cells when it comes to age-related ailments like osteoporosis.

As outlined in Nature Medicine, officials at the Aging Bone and Muscle program at the Mayo Clinic studied various approaches to targeting senescent cells in mice that had bone loss between 20 and 22 months of age. In humans, that is the equivalent of 70 years old.

They looked at genetic models where senescent cells could be killed off, examined pharmaceutical approaches that involved senolytic drugs, and considered the A Janus kinase inhibitor, which is a drug that blocks the activity of enzymes to eliminate toxins produced by senescent cells.

Here’s what Dr. Sundeep Khosla, the director of the Aging Bone and Muscle program said recently: “The effects of all three approaches on aging bone were strikingly similar. They all enhanced bone mass and strength by reducing bone resorption, but maintaining or increasing bone formation, which is fundamentally different from all current osteoporosis drugs.”

Drugs only worked if taken intermittently

The benefits that were discovered in older mice were not found in younger mice. The researchers also determined that senolytic drugs were only effective when administered intermittently. These factors seem to support the link between senescent cells and age-related bone loss.

Although the senolytic drugs were only in the mice for a couple of hours, senescent cells were eliminated, providing evidence that senolytic drugs were targeting aging processes. The authors of the study have said this could have “widespread application in treating multiple chronic diseases.”


The idea of taking a drug intermittently is very appealing since it poses less risk for side effects than drugs that have to be taken on a daily basis. The researchers also pointed out that current approaches work against themselves. For example, if a bone treatment decreases resorption, they usually decrease formation. However, in this study, the senolytic drugs decreased bone resorption and maintained, or even increased, bone formation.

Why does this matter?

So, what makes this discovery so significant? The U.S. population is aging and health care professionals have been told to brace themselves as age-related bone loss becomes more of a public health problem. Bone loss often leads to frailty, and frailty has been linked to increased mortality. Finding new ways to lessen the burden of bone loss and fractures will not only put less strain on our health system, but could prolong lives.

Although the connection between senescent cells and bone loss may be new, researchers around the world have been studying cellular scenescence for several years in an attempt to gain a better understanding of the function of senescent cells and find potential therapies for age-related ailments.