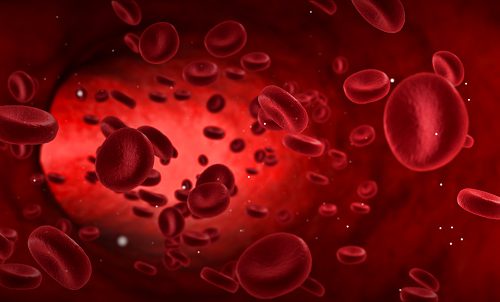 A study conducted by Eric Prossnitz of The University of New Mexico Comprehensive Cancer Center has identified a protein, NOX1, that causes cellular aging. Researchers also discovered a new class of drugs to effectively block the gene expression that produces NOX1, this way slowing down cellular aging.

Prossnitz observed mice that lacked a receptor called G protein-coupled estrogen receptor, or GPER, which is somewhat responsible for determining how our cells react to estrogen and similar substances. These mice were found to have healthier hearts and blood vessels than their GPER-rich counterparts.

The research team discovered that the lack of GPER altered the balance between signaling molecules in smooth muscle cells of the blood vessels and heart. One signaling molecule in particular, superoxide, is a reactive oxygen species. It reacts with cellular proteins, making them unable to function—eventually, superoxide makes the cell unable to perform.

The team tested a drug they patented that is able to block GPER—creating the same conditions as seen in the mice with no GPER at all. They found that by using the drug to block the GPER, the blood vessels’ smooth muscle cells expressed their genes differently. The important gene expression affected is responsible for producing NOX1, a protein that creates superoxide. So, Prossnitz blocked GPER with the patented drug, which in turn blocked NOX1 expression. By blocking NOX1 expression, the amount of superoxide produced was reduced, which slowed down cellular aging.
Prossnitz believes that the drug “may not be a cure for aging, but it may greatly delay the aging process.” He hopes that by blocking NOX1 expression, he can one day find a cure for diseases that cause accelerated aging of the blood vessels, like diabetes and heart disease. Unfortunately, the drug has yet to be tested on humans, so it has a long way to go before being approved and deemed safe for human use. However, the lab results are promising, and people suffering from chronic diseases may soon have a new treatment to try.