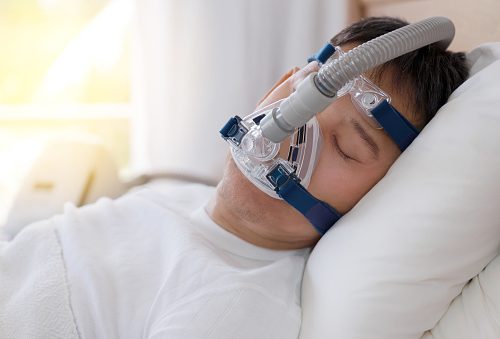 Cannabis is often perceived as being a common street drug, but in recent years, it has seen a significant shift in favor of its medicinal applications. Everything from pain, nausea, and even epilepsy has seen some benefit from using cannabis instead of more traditional forms of medication.

This trend appears to continue, as a new study from researchers at the University of Illinois at Chicago and the Northwestern University Feinberg School of Medicine has found that a synthetic version of a molecule found in the cannabis plant was safe and effective for treating obstructive sleep apnea.

Sleep apnea is characterized by frequent nighttime awakenings. A patient may even experience hundreds of these episodes in a single night. The most common type of sleep apnea is the obstructive variant and it is due to the airway collapsing or becoming blocked during sleep. The following are additional symptoms of sleep apnea:

Obstructive sleep apnea affects an estimated 30 million Americans today and is linked to a number of additional health problems. If left untreated, this condition can lead to an increased risk of heart disease, diabetes, sleepiness, and cognitive impairment.

Current methods of treating obstructive sleep apnea involve the use of a continuous positive airway pressure device (CPAP), a bulky contraption that patients have to wear while they sleep. Currently, there is no drug treatment for sleep apnea.

The researchers investigated the effect of dronabinol, a synthetic version of the molecule tetrahydrocannabinol, or Delta-9 THC found in cannabis. Their study involved 73 adults with moderate to severe sleep apnea who were divided into three groups. One group was given a low dose of dronabinol, the second received a higher dose, and the third received a placebo. The synthetic cannabinoid was taken once a day for six weeks before bed.

After the trial period, it was found that the group taking the high dose of dronabinol had a lower frequency of apneas or hypopneas (very shallow breathing) while they slept. Additionally, this group experienced decreased subjective sleepiness and greater overall satisfaction when compared to the placebo group.

Overall, the used of this synthetic cannabinoid was about 33 percent as effective in treating apnea as all night use of a CPAP device. But according to the researchers, total compliance with a CPAP is rare.

The researchers go on to say that recreational forms of cannabis will not carry the same benefits, as different types of cannabis have different ingredients, which may not be exactly the same as the kinds beneficial for sleep apnea.

Larger scale studies will be needed to better flesh out the results found in this trial. However, the positive effect that cannabis had makes it the first viable drug option for the treatment of obstructive sleep apnea.