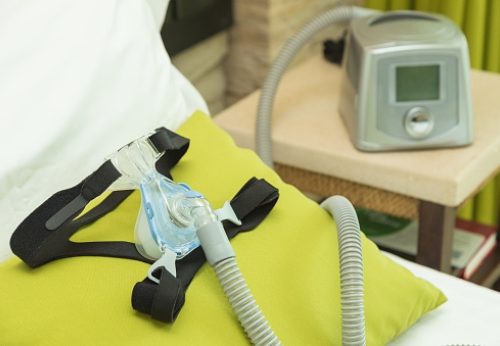 Lead investigator of the study, Dr. Alberto Alonso-Fernández, explained that obstructive sleep apnea is a risk factor for pulmonary embolism. With that said, there were no studies that examined whether OSA can cause a recurring pulmonary embolism before the present one.

Dr. Alonso-Fernández claims that “PE is the result of Virchow’s classic risk triad, namely vascular endothelial impairment, stasis of blood flow, and/or increased coagulability. OSA could hypothetically affect all three mechanistic pathways.” Hypoxia causes a host of problems, namely, a slowed intravenous flow and increased coagulability. However, these can be improved with CPAP—continuous positive airway pressure—in the form of a ventilator.
There has been a greater focus on what leads to a single PE, but researchers still don’t know what exactly causes recurring PE. They suggest that sleep apnea is an independent risk factor for recurring pulmonary embolism even after adjusting for other contributing factors, such as a high body mass index and obesity.

Obesity is another potential contributing risk factor for recurring PE, as it is linked to a sedentary lifestyle and a slow blood flow in the legs (venous stasis). Dr. Alonso-Fernández speculates that OSA and obesity may work together to cause coagulation of the blood, which could in turn strengthen the likelihood of recurring PE.

The study concluded that the potential of CPAP—continuous positive airway pressure—and oral anticoagulants to reduce the risk of recurring PE in patients with both PE and OSA warrants more study.