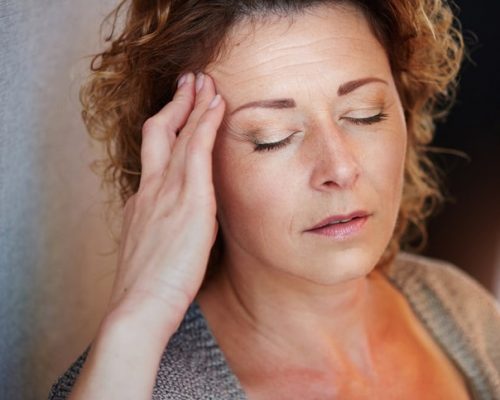 An estimated 13 percent of the general population suffers from migraines. Some migraines sufferers will also report ear-related complaints such as vertigo and dizziness, ear fullness, tinnitus, and hearing loss.

Ear and hearing conditions like vestibular migraines, Meniere’s disease, benign paroxysmal positional vertigo, aural fullness, pain, and even pulsatile tinnitus have been reported to be closely related to migraines.

Cochlear migraines are migraines that cause episodic attacks of auditory symptoms among individuals without vertigo. The latest research looked closely at the possible link between migraines and cochlear disorders. The findings led researchers to believe that cochlear migraines may result in hearing loss and tinnitus (ringing of the ears).

The exact mechanisms behind cochlear migraines and their impact on hearing and the ears aren’t clear, but researchers Espinosa-Sanchez and Escamez-Lopez proposed a mechanism for vestibular migraines which includes inherited brain excitability sensitization and neurogenic inflammation that activates the trigeminal vascular reflex.

When there is an increase of vasodilation of blood vessels in the inner ear caused by reflexes, this leads to vestibular dysfunction. The researchers believe that these mechanisms can also be applied to the cochlea, which means the cochlea can be a targeted area for migraine-induced neuroinflammatory effects which can cause auditory symptoms among cochlear migraine patients without signs of vertigo.

The researchers also conducted two additional studies looking at patients with a history of migraines and an increased risk of tinnitus. For the second study, the researchers treated menopausal women with hormonal replacement therapy to treat tinnitus. The women experienced vast improvements in tinnitus.

Why this treatment work isn’t fully understood but all the women experienced migraines previously and were low on estrogen. The more viable explanation is that hormone replacement therapy reduced the risk of migraine-induced tinnitus.

In some patients, migraines may trigger tinnitus and lead to hearing fluctuations. With this knowledge, doctors should explore migraines as a possible cause for patients hearing-related symptoms and try and target migraines as a treatment option.