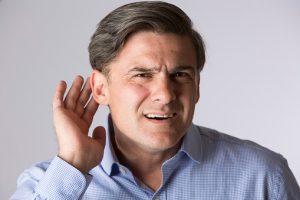 Muffled hearing can be very inconvenient, as our ability to hear is something we all take for granted. Not being able to understand what is spoken to you or losing the ability to make out distinct sounds or frequencies can be disheartening and even dangerous in the right circumstances.

Muffled hearing in one ear can be caused by a number of different things that don’t necessarily result in complete deafness. The severity of muffled hearing and its accompanying symptoms often vary according to what the underlying cause is.

Muffled hearing can be the result of various underlying causes, some complicated and some not. The following are some of the most common reasons people experience muffled hearing

Earwax build-up: This is by far the most common cause of muffled hearing and is due to excess wax that has accumulated in the ear canal over time. This often affects only one ear and is generally considered harmless. Earwax can be removed with relative ease with the use of an earwax removal kit or with the aid of a trained medical professional. It is advised not to remove earwax with a cotton swab, as they tend to push wax further inside the ear, which could potentially damage the eardrum.

Ear infection: Also known as otitis media or “glue ear.” This is an infection of the middle ear that can lead to hearing muffled sounds. Middle ear infections result in the trapping of fluid in the region responsible for the transmission of sounds from the outer ear to the middle ear. The perception of muffled sounds is largely dependent on the thickness of the fluid blocking the ear. Usually, this type of infection will clear up on its own with no treatment needed, but it is still advised to seek the aid of a doctor when facing a case of otitis media.

Swimmers ear: Due to a bacterial infection that can lead to temporary hearing loss in one ear due to ear canal inflammation. In this condition, the ear canal can swell up in size, decreasing the size of the canal lumen. Because of this, sound has a difficult time passing through and is muffled. Complicated cases of swimmer’s ear will require the use of antibiotics for treatment.

Eardrum rupture: This is part of the ear that consists of a thin membrane separating the external ear from the middle ear. It transmits sound from the air to the auditory structures for hearing. If the eardrum were to become perforated, it could lead to a sudden case of muffled hearing. Minor cases of eardrum damage tend to heal on their own, but more severe cases may have to rely on surgery for treatment. A perforated eardrum can be an entry point for bacterial infection, in which case antibiotics should be utilized.

Tumor: A tumor is an abnormal growth of cells that serves no purpose for the body. When this occurs in the ear, albeit rare, it can narrow the ear canal passage and lead to a partial loss of hearing. One example is an acoustic neuroma, which grows on the auditory nerve. This type of tumor can be treated with surgery or radiation therapy.

Experiencing muffled sounds can be quite bothersome. There are some things you can try on your own to help relieve the condition, but it is advised to seek the counsel of a trained medical professional before you attempt most of the following remedies.

Valsalva maneuver: Keep your mouth closed while you pinch your nostrils, then take a deep breath through your mouth and try to blow the air through your nose again. You may hear a slight popping sound, which indicates the Eustachian tubes — the auditory tubes that links the nasopharynx to the middle ear — are open again. Please be advised not to blow through your nose with excessive force, as this may cause irreversible damage to the eardrum.

Olive oil: A remedy to help soften excess earwax buildup. Start by warming up some pure olive oil. Then with the use of a dropper, put two to three drops into the clogged ear, letting it settle for about 10 minutes. Once the earwax has softened enough, use a soft cloth or a piece of tissue paper to very gently remove the oil and earwax from your blocked ear. This same method can be used with baby oil or mineral oil.

Alcohol and apple cider vinegar: This mixture has antibacterial properties helping to get rid of infections in the ear. Start by mixing equal amounts alcohol and apple cider vinegar, then dropping two to three drops of the mixture in the affected ear. Next, place a cotton ball gently in your ear to keep the solution in and doing its job for approximately five to ten minutes. Once completed, use a tissue to remove the liquid from your ear with the accompanying earwax.


Warm compress: A great natural treatment for clogged ears due to colds or sinus congestion. The heat helps to ease the pain, loosen congestion, and unclog your ears. Start by soaking a washcloth in warm water. Then hold the warm cloth to your ear for up to 10 minutes. A warm compress will help to promote fluid drainage helping to alleviate muffled hearing.

Steam: A common remedy for those suffering from sinus congestion, the use of steam can also help relieve clogged ears as well. Fill a bowl with steaming water and put your head over it while under a towel. It is important to be careful when handling boiling water, as it and the steam it produces can easily lead to burns.

Hydrogen peroxide: A solution commonly used to treat wounds, hydrogen peroxide can also be used to unclog clogged ears. With the use of three percent hydrogen peroxide and the aid of an ear dropper, drop two drops into your ear. You will hear a fizzing sound which indicates that the solution is doing its job. After about 10 minutes in your ear, tilt your head to drain the liquid. It is advised not to overuse hydrogen peroxide as it can eventually harm your ear drums.

Warm water: By flushing your ears with warm water, you can help to open up a clogged ear. Fill a syringe with warm water, and while pulling down on your ear lobe, gently squeeze the warm water into your ear. After about 10 minutes, drain the water from your ear, which will now be accompanied by the excess ear wax build-up.
Yawning: This helps to activate the muscles that open the Eustachian tubes of the ear, decreasing the air pressure in the ear.

Chewing gum: A trick to help open up the Eustachian tubes of the ear, chewing gum can provide instant relief of muffled hearing.