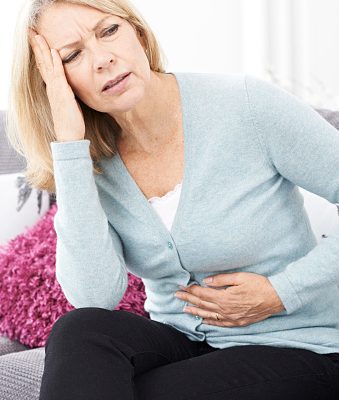 A new study published in an online issue of Science Translations Medicine details how scientists at the University of Utah Health Sciences used mouse studies to show the role of yeast in aggravating the symptoms of inflammatory bowel disease (IBD) They also examined how the use allopurinol, a generic drug on the market, could offer relief.

IBD is an autoimmune disease of the gastrointestinal tract and is characterized by chronic inflammation that results in severe diarrhea, pain, fatigue, and weight loss. Two forms of IBD exist: Crohn’s disease and ulcerative colitis, both of which have some unique symptoms with common overlap. Doctors have used the presence of yeast antibodies—specifically Saccharomyces cerevisiae—for decades to differentiate the two, but the role that yeast played was unclear.

“To me, this was a huge hole in our understanding of the role of yeast in IBD and our health,” begins June Round, a professor at the University of Utah School of Medicine.

The researchers chose two types of yeast that are common in the gut microbiota of healthy and IBD patients. Saccharomyces cerevisiae, also called Baker’s yeast—a prominent organism in your environment and food—and Rhodotorula aurantiaca, also common in our environment as well as in milk and fruit juice.

In the study, researchers gave each type of yeast to mice that had been treated with chemicals to induce IBD-like symptoms. Interestingly enough, the IBD symptoms increased in mice fed S. cerevisiae but not in those fed R. aurantiaca.

“The mice fed S. cerevisiae experienced significant weight loss, diarrhea, bloody stool, just like a person with IBD,” said Tyson Chiaro, a graduate student in Round’s lab.
In order to get to the bottom of this, the researchers looked at mouse intestinal compounds. Mice fed S. cerevisiae had a higher concentration of nitrogen-rich compounds, called purines, than mice fed R. aurantiaca. Unlike other yeast varieties, S. cerevisiae cannot break down purines that accumulate in the intestinal tract, so they transition into another compound called uric acid, exacerbating inflammation and worsening IBD symptoms.

To test this new idea, the scientists treated mice with a generic drug, allopurinol, used to prevent the production of uric acid in patients with gout. They found that the drug significantly reduced intestinal inflammation in these mice.

“Our work suggests that if we can block the mechanism leading to the production of uric acid, perhaps with allopurinol, IBD patients with a high concentration of S. cerevisiae antibodies may have a new treatment option to reduce inflammation, which could allow the intestine time to heal,” said Round.

Round would like a human clinical trial to begin shortly in order to determine if humans will experience the same results.
“Yeast and bacteria might influence the biology of one another within our gut. Yet, we have no idea how that interaction affects human disease,” said Round. “Our research will continue to explore the role intestinal micro-organisms play in our health with the hopes of identifying microbiota-based therapies to treat different diseases.”