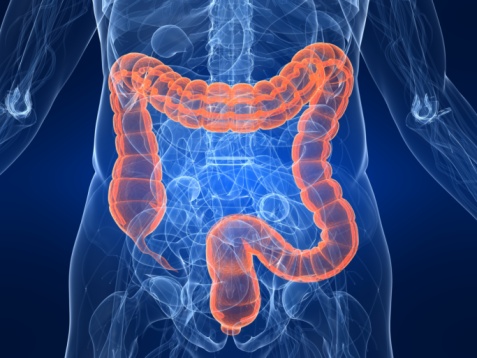 Recently, there has been a lot of press on two often misunderstood gastrointestinal diseases namely inflammatory bowel disease (IBD) and Irritable bowel syndrome (IBS).  IBD, as its name suggests, is a chronic inflammation of the intestines. IBS on the other hand is a non-inflammatory condition of the bowels.

Not surprisingly, the irritable bowel syndrome vs inflammatory bowel disease debate is a tricky one. As both the conditions affect the intestines and more importantly, as they share many common symptoms, they are often misdiagnosed.  As the IBS vs IBD debate is an ongoing one, it’s important to understand the difference between irritable bowel and inflammatory bowel to arrive at a correct diagnosis.

Being inflammatory in nature, IBD can present itself in many avatars – Crohn’s disease, ulcerative colitis, indeterminate colitis and other inflammations.

On the other hand, IBS is a functional disorder. Which means, it is not a disease per se, and so the symptoms don’t have an identifiable cause. IBS patients show no clinical signs of a disease and often have normal test results.  IBS is often referred to as spastic colitis or mucous colitis but that’s an erroneous nomenclature, as itis signifies inflammation and IBS does not cause inflammation.

IBD produces destructive inflammation that is absent in IBS, so in many respects it is a more serious condition. It could result in intestinal bleeding, permanent harm to the intestines, or other harmful complications like colon cancer, and other gastrointestinal diseases. IBD often requires hospitalization, and treatment usually involves surgery or powerful medications like immunosuppressives and or steroids

While IBS is not such a critical condition, it can severely affect an individual’s quality of life as it can cause a great deal of discomfort and distress. As the symptoms of IBS ran range from mildly annoying to disabling they can interfere with a person’s social life, ability to work or travel, and also affect his/her self-image.

Although both IBS and IBD can occur equally in both sexes at any age, there seems to be an affinity to the fairer sex and also a tendency to run in families.

Irritable bowel syndrome and inflammatory bowel disease: Is there a connection?

The short answer for that is YES. For one, they both are diseases of the intestines.  In fact, IBS produces some symptoms similar to those of IBD. Having said that, the two are not the same condition, and it’s important to remember this because the treatment for both these condition is quite different. Doctors faced with an IBS-IBD scenario are cognizant of the fact that getting an accurate diagnosis is essential to the effective management of these two bowel conditions.

It is estimated that about 1.3 million people in the United States currently suffer from IBD. However it must be noted that as misdiagnosis is very common, a lot of cases can go undetected. While the cause of the condition is unknown, there is a tendency for IBD to affect some sub-populations more than others. For example IBD occurs more in Caucasians and people of Ashkenazic Jewish origin than in other racial and ethnic subgroups. When it comes to a gender distribution, ulcerative colitis is slightly more common in males, while Crohn’s disease is more prevalent in women.

Even though not all individuals with IBS symptoms seek medical care for their symptoms, there are between 2.4 and 3.5 million annual physician visits for IBS in the United States alone.  But the severity of symptoms varies. Among patients with IBS, 25 percent have severe IBS, 35 percent moderate IBS, and about 40 percent of people have mild IBS.

IBS vs. IBD: Signs and symptoms

Researchers conclude that the muscles in the colon of an IBS patient contract more readily than in normal people leading to the various symptoms including:

The symptoms of inflammatory bowel disease (IBD) are dictated by the condition that causes IBD – Crohn’s disease, ulcerative colitis, colitis, enteritis, ileitis, and proctitis, which are all inflammation in different areas of the intestine.

Depending on where the disease occurs in the bowel, the symptoms of Crohn’s disease vary. In general the symptoms include:

Patients with IBD can also present with non-gastrointestinal symptoms like:

Can stress cause IBD or IBS?

There is a clear cause-and-effect relation between stress and many gastrointestinal symptoms. And IBD and IBS are no different. However, stress leads to IBS a lot more often than to IBD.

In IBS patients, there is an increased gastrointestinal response (GI) to stress, which can be anything that can stimulate the GI tract, including:

There are various types of stressors that may impact IBS symptoms. These may be psychological (such as loss of job, divorce, history of abuse) or physical (such as infection, surgery) in origin. Or, it could be a result of both.

Unlike IBS, there is no evidence that the symptoms of IBD are caused by stress, and herein lies one of the key differences between the two. Having said that, you must remember that stress is one of the factors that cause inflammation.

There is still a lot of debate over the real cause of IBS.  While stress is no doubt an important aspect, researchers now believe that the main cause of IBS is a disturbance in the way the brain and the gut interact.

Researchers observed that people with IBS exhibit irregular patterns of colon motility due to an unusual sensitivity in the nerve endings in the bowel. Hence, the term “irritable.” Because of this heightened sensitiveness, ordinary stimuli — eating, stress, hormonal changes, gaseous distension, and certain medicines or foods — can trigger an exaggerated response in people with IBS, causing irregular colon motility.

As with IBS, the cause of IBD is unknown. However, history points to genetics and problems with the immune system. A familial history of the condition increases the risk of IBD. And in cases where there is no family history, an auto- immune response is the most likely cause. Normally, as the body tries to fight off infections, the digestive tract becomes inflamed. When the infection is gone, the inflammation goes away. That’s a healthy immune response. However, in the case of IBD, however, gut inflammation can happen even when without infection. The immune system thinks the body’s own cells are an infection and attacks them. This is known as an autoimmune response.

The biggest risk factors for developing ulcerative colitis and Crohn’s disease include:

Ethnicity: Caucasians and Ashkenazi Jews have a higher risk

Age: IBD can happen at any age, but in most cases, it starts before the age of 35

Geographical region: People living in urban areas have a higher risk of getting IBD. IBD is also more common among people living in northern climates, where it’s cold

Job: People with white collar jobs are also more at risk for IBD

Because there are usually no physical signs to definitively diagnose IBS, the clinicians often resort to a process of elimination of other conditions to arrive at a diagnosis.

If you fit the IBS criteria, your doctor may suggest a course of treatment without doing additional testing. But if you don’t respond to that treatment, you’ll likely require more tests like:

To diagnose IBD, your doctor will first ask you questions about your family’s medical history and your bowel movements. A physical exam may then be followed by one or more diagnostic tests.

Because it’s not clear what causes irritable bowel syndrome, treatment focuses on the relief of symptoms so that you can live as normally as possible.

In the case of IBD, the reliable course of treatment is to address either the inflammation or the immune response. This can be done either by antibiotics or immunosuppressants (or immunomodulators), which prevent the immune system from attacking the bowel and causing inflammation.

The key message in the IBS vs. IBD debate is that proper diagnosis is critical for treatment. For IBS, the trick is to decrease the stressors that seem to play such a crucial role, and in the case of IBD, making sure that you take the right antibiotics. Remember, IBS can lead to IBD and vice versa, so whatever you do, do not ignore either of the two conditions.