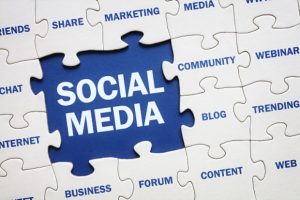 Social media may be good for mental health, but may also lead to depression, according to research findings. The researchers reviewed 70 studies that examined the relationship between social networking and depression, anxiety, and well-being. The review demonstrated that social media is an effective way of staying connected with others. It also may be a source of social support, particularly for people with anxiety who find it challenging to engage in face-to-face interactions.

Unfortunately, these benefits are not useful to everyone who uses social media. People who compare themselves to others based on their social profiles, post negative messages, or are addicted to social media, are more likely to suffer from anxiety and depression.

Researcher Dr. Peggy Kern explained, “Social media provides not only a window into the thoughts and emotions that people choose to share, but also some of their behavioral patterns that may help or hinder mental health.”

Social media is growing in popularity. In fact, for many people, it’s becoming an inalienable part of their life. Hence, it’s important to understand how these social platforms affect mental health. While there are definite benefits for some people, for others, social media experience may be harmful.


Link between social media and depression

An alternative study also found a greater risk of depression among those who often compare themselves to others on social media. The researchers reviewed studies from 14 countries involving 35,000 participants.

A new term has been developed – Facebook depression – which the American Academy of Pediatrics defined as “depression that develops when preteens and teens spend a great deal of time on social media sites, such as Facebook, and then begin to exhibit classic symptoms of depression.”

The study demonstrates that comparing yourself to others on social media leads to overthinking and rumination. The researchers found that Facebook users were more likely to be depressed if they:

Of course, gender and personality traits may also play a role in one’s risk of developing depression associated with social media. On the other hand, the researchers did find that in some cases social media provided social support and actually helped cope with depression.

Social media competition can motivate you to hit the gym