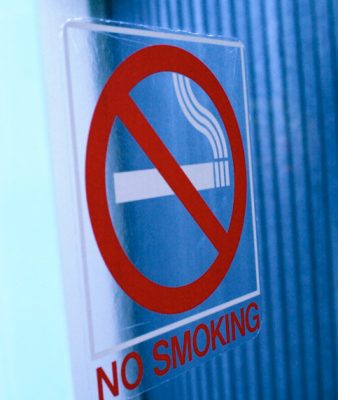 The decision to quit smoking to prevent further health damage may be easily to make, but the actual engagement in smoking cessation may be at least twice as challenging. Cigarette smokers are aware of the damage that may develop in their bodies, including the deterioration in lung function and the increase in risk for lung cancer, yet these individuals often decide to continue on smoking because they are already addicted to the nicotine present in cigarettes. Cigarette smoking has also been associated various type of health damage, including a higher risk of cardiovascular diseases such as hypertension and kidney cancer.

How to Quit Smoking – Sooner the Better

To quit smoking, it may be helpful for an individual to adapt alternative activities that will help him or her keep busy. For example, some individuals turn to exercise as an activity to replace the act of smoking, whereas others turn to listening to relaxing music to calm their nerves. Smoking cessation may help prevent further damage to one’s health and improve lung function, yet there is always a need for more effective ways to quit smoking.

According to a recent medical report published in the journal Natural Products Research, velvet bean, or Mucuna pruriens, may also serve as a potential herbal treatment for nicotine cravings. Velvet bean has been historically considered as a tropical legume known for its capacity to induce itching and inducing other hypersensitivity reactions in the body. Its leaves and seeds have been used for centuries as a remedy for various conditions related to damage to the body, including snake bites and movement disorders.

The medical report described the results of a study that examined the production of L-dopamine in velvet bean cultures performed in the laboratory. Young roots of the velvet bean were inoculated and propagated for several weeks. During cultivation, small tissues samples were collected from these growing plants and assayed for L-dopamine content. The results of the study showed that velvet bean was capable of producing high amounts of L-dopamine, which is considered as a common anti-depressant that is given to patients suffering from depression.

The findings of the research study showed that the use of velvet bean shows a potential for inclusion in treatment regimens for individuals who want to quit smoking to prevent further health damage. One of the biggest challenges in smoking cessation is the depression that ensues once smoking has stopped. Smokers thus face intense cravings for nicotine and sadly, often succumb to these strong sensations and eventually return to the habit of smoking. It is thus important that an effective approach for smoking cessation be identified in order to keep a person from going back to smoking. This may also prevent further damage to the body and help improve lung function.

Lung Function and the Potential for Damage

The production of L-dopamine in velvet bean may thus alleviate symptoms of depression among smokers and thus may lessen the pressure to go back to the smoking habit. More importantly, keeping away from smoking may prevent damage to the lungs, as well as other blood vessels of the cardiovascular system. Lung function generally improves after a few weeks to months after smoking cessation and thus an ex-smoker may notice this difference once he or she engages in regular physical exercises such as jogging, walking, or swimming.

The seeds of the velvet bean plant have been used in various countries as coffee, in which the seeds are dried and eventually ground and brewed. The seeds are actually capable of imparting a relaxing effect on the coffee drinker, thus decreasing the need to find another method of achieving a calm condition. For centuries, velvet bean has also been used in the treatment of depression, although systematic research investigations on its actual mechanism of action remain unclear.

The recent medical report on the L-dopamine content in velvet bean presents its potential use in treating cigarette cravings and assist a person in preventing further damage to one’s health. It may also be possible that in the future, this legume might be used in the treatment of mental health conditions such as depression.