Home » General Health » Sleep Problems could be Ruining Your Relationship 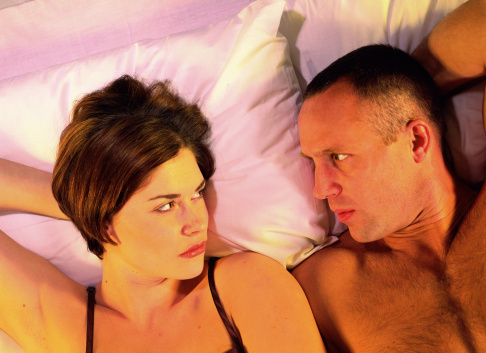 Breathing, eating and drinking are all things we can’t live without. People often forget that sleep is also a basic human need. To maintain good health and well-being, we need adequate sleep throughout our lifetime. Studies show that sleep problems not only play havoc with our health, but can also impact our emotions as well. Recent research indicates that poor sleep can be the source of a very common feeling associated with relationships: the feeling of being unappreciated.

If you’re in a relationship and have sleep problems, stop and think about how it might affect your partner.

A study conducted at the Berkley University in California focused on the psychology of relationships and concluded that having sleep problems makes people focus more on themselves and their own priorities first, thus forgetting about their partners. As a consequence, the partner feels neglected and underappreciated.

During the BerkleyUniversity study, over 60 couples aged 18 to 65 were monitored and kept a diary of their sleep patterns. They recorded how a good night’s sleep versus a bad night’s sleep affected their level of appreciation for their partner. In another phase of the study, the couples were videotaped working on problem-solving tasks. Those who slept poorly the night before showed less patience and appreciation for their partner during the exercises.

The UC Berkley study was originally initiated out of a desire to determine the impact that sleep deprivation could have on couples. Several studies support the notion that sleep problems can have a negative effect on relationships. A lack of sleep has also been linked to libido problems. The Journal of Clinical Endocrinology and Metabolism published a report in 2002 purporting that men with sleep apnea have lower testosterone and decreased sex drive.

Research also shows that a lack of sleep can have a surprising effect on the brain. Sleep deprivation has been linked with forgetfulness. In 2009, a group of French researchers discovered that a series of brain events called “sharp wave ripples” are responsible for consolidating our memories. These ripples transfer learned information from the hippocampus—the memory section of our brain—to the neocortex—the sensory perception area—where long-term memory is stored. “Sharp wave ripples” develop during deep levels of sleep. When we experience sleep problems or a lack of sleep, we tend to become forgetful. This can often lead to misunderstandings and arguments with our partners.

Sleep Problems can affect Your Mood

Scientists say even small changes in our sleep habits can cause us to become irritable and cranky. Our mood can change to the extent that it alters our personality. Psychologists report that it is common for those who are normally caring and compassionate to become selfish and abrasive when sleep deprived.

Researchers at the University of Pennsylvania say that people limited to only four-and-a-half hours of sleep per-night for one week have reported feeling more angry, more stressed, and more mentally exhausted. When the same people resumed normal sleep, they reported a big improvement in their moods.

The leaders of the Berkley study say sleep problems can create a vicious cycle for couples. One person has difficulty sleeping and tosses and turns all night. This means the partner is kept awake all night and as a result ends up just as cranky. Then, before you know it, you have a couple that is not too happy with one another.

Dealing with the root of your sleep problems may help to improve your overall health. As for the health of your relationship, it would seem that these studies can offer some valuable advice to everyone: just sleep on it.