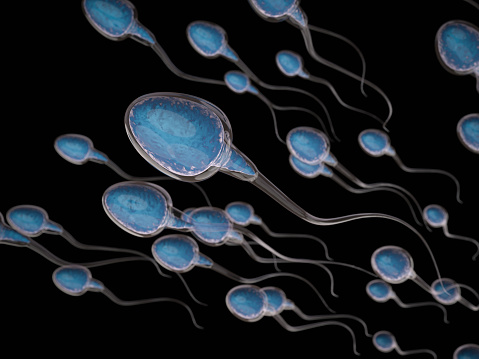 Getting adequate sleep is a requirement of good health and mental well-being. Getting adequate amounts of rest has been known to play an important role in memory processing and consolidation, as well as affecting mood, motivation, judgment, and our perception of events.

This isn’t all sleep is good for, as according to a new study, sleep may also play an important role in the health of sperm DNA.

It is estimated that about 50 to 70 million U.S. adults have some sort of sleep disorder, with 35.3 percent reporting less than seven hours of sleep during a typical 24-hour period. That is potentially 25 to 35 million men having affected sperm.

Sperm DNA contributes to approximately half of the genetic information of offspring. Damage to this genetic material may have harmful effects on fertility and the possible embryo.

The study in question looked at 2,020 sperm samples provided by 796 volunteers from colleges in Chongqing (China) between the years of 2013 to 2015.

A complex of sperm DNA and protein was investigated, called chromatin in these subjects. It was found that those with more than nine hours of sleep per day had 41 percent lower high DNA-sustainability—an index that represents the proportion of sperm with abnormal chromatin. The participants with 6.5 hours of sleep per day or less were seen to have seen to have about 30 percent lower high DNA-stability.

“This is new information after our previous finding that sleep duration has an inverse U-shaped association with semen volume and total sperm count. In the previous study, we found that these two semen parameters were highest when sleep is 7.0 to 7.5 hours per day, and either longer or shorter sleep was associated with the decrease of the two semen parameters,” said Dr. Jia Cao, co-author of the study.

At the current time, these results should be taken with a grain of salt. Further studies are required to validates these findings and to investigate its underlying mechanism.

We all know that getting enough sleep makes a world of difference in our day to day lives. This new research is just further evidence that sleep not only ensures we stay healthy, but also ensures the health of our future offspring.

19 foods that lower testosterone levels
Is your job hurting your libido?