Home » Anti-Aging » Infertility » Is your job hurting your libido? 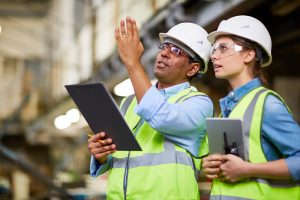 There are a lot of different things that can impact a person’s libido including medical conditions, stress, being overweight, and even psychological factors. But you may not realize that your job is a large contributing factor as well. In particular, performing shift work has been shown to have a negative impact on libido, sleep, urinary health, and sexual function.

Furthermore, the studies found that shift work leads to lower quality semen, which could make it more difficult for men to conceive.

Although the study doesn’t prove that shift work and its impact on sleep causes sexual and urinary problems, but that there is a correlation that men should be aware of. Dr. Alex Pastuszak, co-author, explained, “Men who work shifts, particularly night shifts, should be aware they may be at risk for many health issues, and should be sure to seek care from a physician to help prevent and treat these conditions.”

“We know that shift work can disrupt circadian rhythms and disrupt normal hormonal function,” Pastuszak said. “Shift work can also put people at risk for shift-work sleep disorder, which causes insomnia or excessive sleepiness and a reduction of total sleep time due to a work schedule.”

Pastuszak continued, “We found that in men who are seen for infertility, those who work night shifts have significantly lower sperm counts than those who do not. We think that too much or too little sleep alters circadian rhythms and thus changes hormone levels and the expression of genes that are important for producing sperm.”


The other study examined nearly 2,500 who visited a men’s clinic and answered questionnaires regarding urinary issues.

The participants were also asked about lifestyle habits including tobacco and alcohol use, symptoms of depression, medical conditions, and activity levels, and found that shift work had the greatest impact on urinary health.

Pastuszak concluded, “These men can take the following steps to improve sleep quality: Go to bed at regular times; sleep in a dark room; avoid alcohol and caffeine prior to going to bed; and limit use of computers, tablets, phones, televisions and other bright artificial lighting for at least 30 minutes before going to bed.”

Related: Do this one thing to boost your libido

This fruit boosts your libido

Spark your libido with these 6 fixes