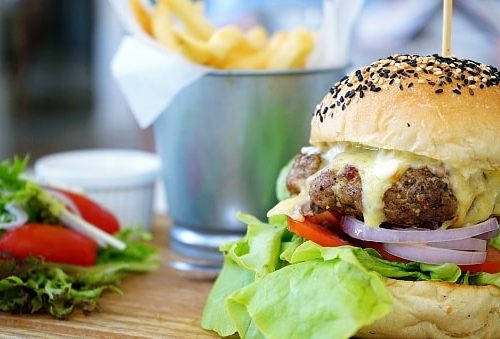 All things in moderation. This is the motto many of us live by, especially when it comes to eating. It may not be the most accurate reflection of the effects that junky or fatty foods can have on our overall health, however. In fact, a new study suggests that consuming a single high-fat meal can set us up for a future diagnosis of heart disease.

The experiment looked at the red blood cells in ten healthy men. Red blood cells are the most abundant cells in our bloodstream. They carry oxygen around the body and are extremely flexible, so they can fit through our narrow capillaries and veins. The researchers examined the effects that high-fat foods have on these blood cells.

Within four hours of consuming a whole milk milkshake containing a similar caloric value to several restaurant meals, the scientists observed red blood cells in the participants transforming into smaller, spikier versions of themselves, which damage our cardiovascular system. They also observed higher rigidity in the blood vessels and an immune response comparable to the onset of an infection.

The scientists believe that the dramatic shift in blood cells is likely temporary in the short term but may have drastic long-term implications. They also feel that, with further research, these results may provide the basis for explaining sudden heart attack deaths after consuming a single high-fat meal.

The researchers also noted a change in the white blood cells. To accommodate for the extra fat in the bloodstream, these cells absorbed it and became larger and fatter as a result. These cells promote inflammation in the body and can eventually lead to the build-up of plaque in the blood cells, something that can cause stroke if left untreated.

The plasma surrounding the red blood cells offers a clear yellowish layer on the top when the blood cells are separate from it. After the high-fat meal, the plasma was much thicker and full of lipids or fats, noted the researchers. The liquid also showed increased levels of cholesterol.

Although it would be too dangerous to perform long-term studies such as this on healthy young participants, similar experiments performed on mice during the long term have shown effects comparable to those demonstrated here as causing permanent changes to the red blood cells in the mice’s bloodstream. For now, the researchers caution readers to drastically reduce their intake of high-fat meals or completely stop consuming these types of foods. These foods are not worth anyone’s life they say.

Tooth Loss? You May Be at a Risk of Heart Disease