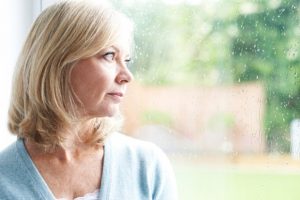 Study author Kai Triebner explained, “Women are living longer and, therefore, many years beyond menopause. Our study highlights the importance of maintaining respiratory health long after the menopausal transition.”

The researchers highlighted two lung functions which seemed to decline during menopause and postmenopause. These functions included forced vital capacity which is the measurement of how much air can be released in one second. This function was much lesser than that seen in normal aging.

In fact, the changes in vital capacity were similar to that seen in people who smoked 20 cigarettes a day for 10 years.

Triebner added, “The decline in lung function may cause an increase in shortness of breath, reduced work capacity and fatigue. Symptoms depend upon how much lung capacity is reduced, and a few women may actually develop respiratory failure as a result of this decline.”
The study analyzed over 1,400 European women who were tracked for 20 years.

To no one’s surprise, smokers saw a greater decline in lung function through menopause.

Triebner concluded, “Women, and their physicians, should be aware that respiratory health might decline considerably during and after the menopausal transition. This could mean that they experience shortness of breath already with low physical activity.”

Hormonal changes are associated with symptoms in menopause such as changes in lung function. Declines in lung function can lead to systemic inflammation which can contribute to osteoporosis – thinning of the bones.

The findings were published in American Journal of Respiratory and Critical Care Medicine.