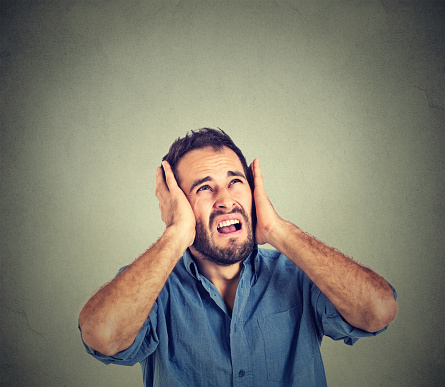 Ringing in the ears is something most people experience at one time or another. However, there are individuals who have tinnitus, a medical classification of the symptom, that can be quite bothersome and impact their quality of life.

Researchers at Oregon Health & Science University (OHSU) completed a study, finding that common antidepressants may worsen the symptoms of tinnitus.

The sensation of noise when none exists

Tinnitus is the perception of noise or ringing in the ears. It affects about one in five people and is not a sign of an underlying condition. It can be appreciated as a constant buzzing sound that creates a sense of irritation and even severe anxiety.

“Estimates vary, but at least 10 percent of the U.S. population is affected by tinnitus,” said lead author Zheng-Quan Tang, Ph.D., a senior postdoctoral fellow at the OHSU School of Medicine

Anti-depressant medication focuses on the action of serotonin, a neurotransmitter in the brain that is thought to play a role in the development of depression and other psychological disorders. A commonly used type of antidepressant called a selective serotonin reuptake inhibitors (SSRI) works by increasing the amount of serotonin available. It has proven to be quite useful for alleviating symptoms of moderate to severe depression and anxiety.

The researchers used mouse models to examine the regions of the brain where sensory integration and tinnitus occur the dorsal cochlear nucleus. It was discovered that the neurons within this region of the brain, called fusiform cells, become hyperactive and hypersensitive when exposed to serotonin.

This finding has great implications for treating depression patients already suffering from tinnitus, as it may worsen the condition.

The researcher’s team is interested in further exploring this connection to find out why the neurons of the brain involved in tinnitus behave in this manner, and whether they can deactivate it in any way. By doing this, the antidepressants may be able to provide their beneficial effects without exacerbating tinnitus.

Related: 7 essential oils for tinnitus: Benefits and how they can treat ringing ears

Tinnitus treatment: Therapies and exercises to manage ringing in the ears

Cognitive training may aid those with severe tinnitus